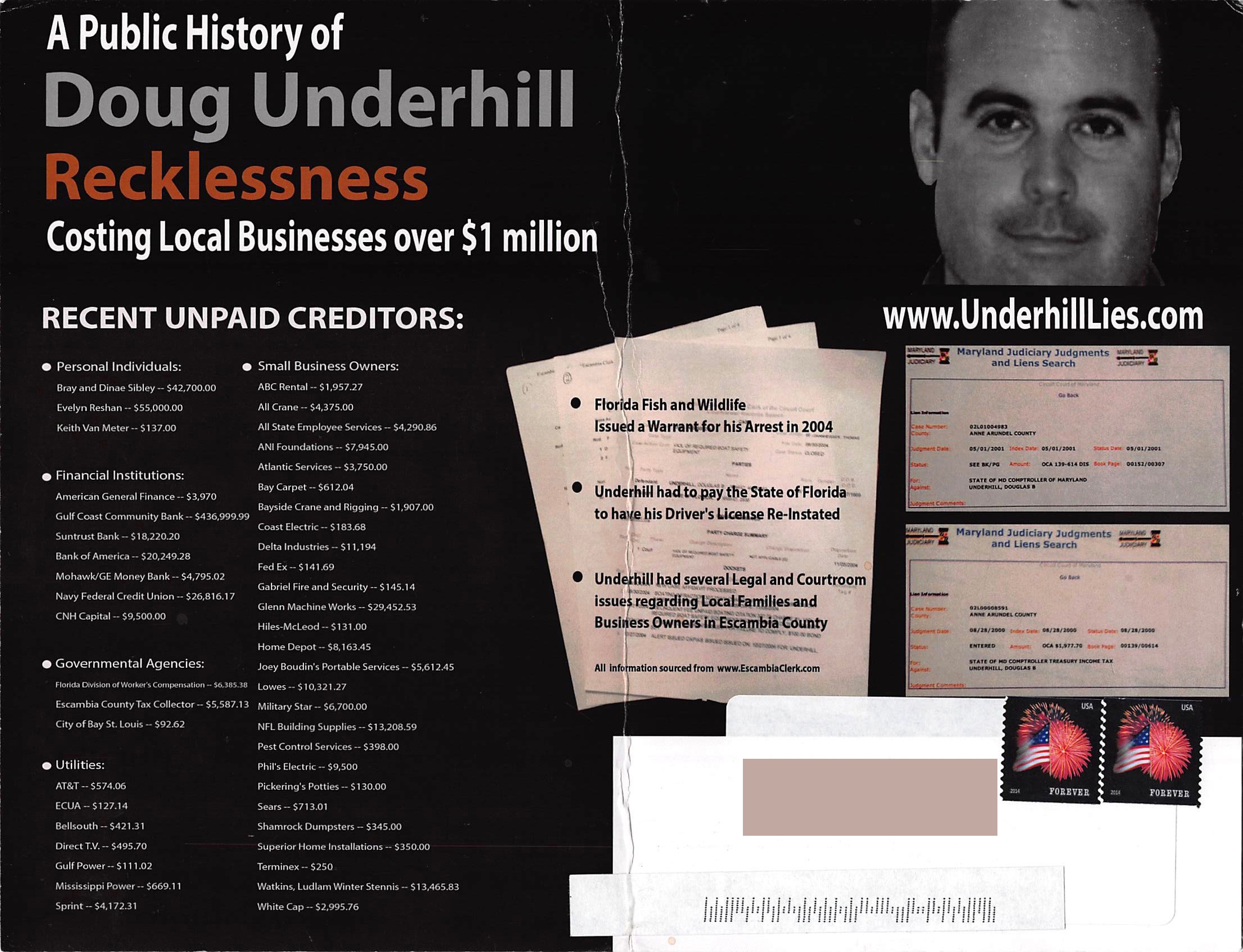 The judge declined to convict Panhandle Politico publisher Greg Fink despite the six member jury’s guilty recommendation, at a June 17 trial, of failing to include an electioneering disclaimer on political material mailed during the 2014 primary election. 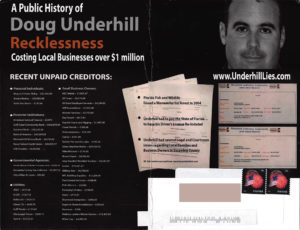 The disclaimer is required to detail who approved and paid for the message.

Electioneering communications are defined as material that may not necessarily directly ask voters to select a particular candidate, but have been mailed close to an election.  In this case, the applicable timeframe was within 30 days of the primary election.

When asked to respond to the verdict, Escambia Commissioner Doug Underhill, who was the subject of the mailout, described Panhandle Politico coverage as hateful in an email.  Panhandle Politico has made the editorial decision not to reprint derogatory references to individuals who were not part of the court case.

The portion of Underhill’s comments that directly address Fink state:

“The founder/owner/editor of the Panhandle Politico is well known to be a useful tool of the GOBs in town, and he has always attacked those who would reform this county.”

Underhill said he objects to what he describes as the entire negative nature of the campaigns Fink runs, noting that they “always skirt (or in this case, break) the laws and rely primarily on disingenuous personal attacks.  This behavior is toxic to the democratic process, and it clearly does not work for winning elections. We both know that Greg didn’t “forget” to add the disclaimer.  This was part of a concerted effort to attack my integrity with lies and hate, and Panhandle Politico was a part of that…”

Touching on what he described as Fink’s team’s efforts to raise money for “dirty campaigning,” Underhill added:

“Keep it up, y’all.  You represent the dirty past of Escambia County, and you make it very easy to juxtapose the positive, honest message of the reformers against the tired old playbook of the Greg Finks and [other supporters] of the world.”

Underhill did not address the question “You’ve publicly objected to the mailout in question, which concerned your financial history.  Do you object to the flyer’s content, the missing disclaimer, or both?” 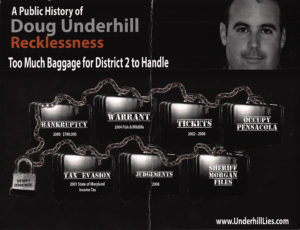 Separate court documents, provided by the defense, detail a July 2008 Chapter 7 bankruptcy that granted a discharge to debtors Douglas B. Underhill and Wendy Kinton Underhill.  The documents cite over 75 associated business, banking and utilities entities.

The flyers in question, provided by the defense, are posted above and below. 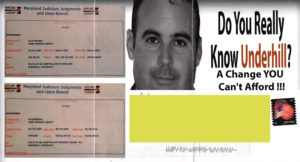 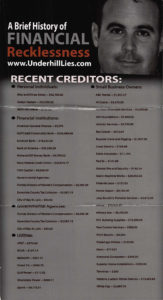 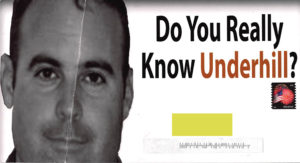 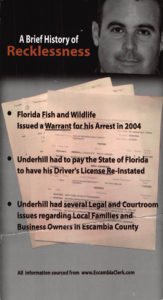