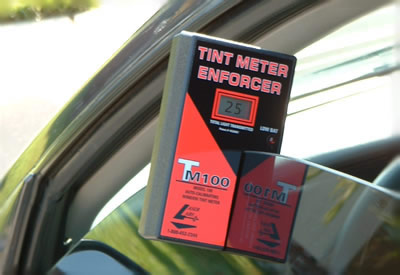 Home » Escambia News » Santa Rosa News » Color based profiling like Lumon May experienced happens all the time in Milton. It happened to me. And it’s time it ended. 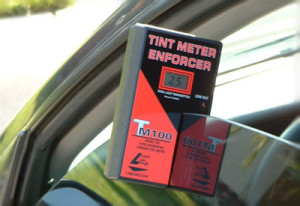 The color-based profiling incident involving Escambia Commissioner Lumon May that was recently captured on Pensacola Police dashcam is making the Internet rounds (link).

Having also experienced color-based profiling by law enforcement officials, the footage brought back chilling memories. When I heard the nice lady on the tape say “get the tint meter,” the flashbacks set in.

Because it’s an ingrained, structural social injustice in Florida, I probably don’t even need to mention that by “color–based profiling” I refer to the draconian, inequitable…and I’m gonna throw in unconstitutional…Florida law about how dark your vehicle windows can be tinted.

Clearly, we have a long way to go to achieve real, lasting justice for people who drive a lot. But at least Commissioner May has definitively established that it’s OK to have dark tinted windows if you are an elected official.  Also OK if you’re Very Important:  being belligerent to a cop if she’s female and no registration on your person.  You won’t even get ticketed!  Baby steps!

I know, I know. Restricted window tint is a “heritage” issue with police officers. They like to see me, but they don’t want me to see them. It’s been that way forever, so why should they have to accommodate me for demanding the same rights police-Americans; and apparently Commissioner May; enjoy without being ticketed?

All I have to say is, the times they are a changin;’ especially in Florida where the damn sun is getting hotter every year, even in winter.

I used to drive an old black Camaro with skin-cancer proofing on the windows.

I commute from Milton to the beach via Highway 87, five times a week. I start work at 6 a.m.

Got any idea what happens when you drive through downtown Milton early in the morning in an old black sportscar with dark windows?

You get a police escort! All the way through East Milton! How many deputies does it take to patrol the Caroline Street-Holley corridor to protect against the ongoing public threat posed by tinted car windows, anyway? Apparently, the answer is “all of them.”

As a tinted-American, I’ve been pulled over for not stopping “long enough” in front of the stop sign at Berryhill and Willing St.

One time while DWT, I got pulled over early in the morning…and when the officer got to my window he said “oh sorry, I thought you were someone else.”

But the one that haunts me most was the color-profiling incident when I was pulled over for going “too slow” on Hwy 87S at that little hill where the speed limit picks up to 55.

The reason I was going “slow” was because I had a State Trooper following close enough on my bumper to transfer paint.

He walked up to my window with the tint meter already in hand.

I had a male cop, who was pretty steamed by the time he got to my window. I think he felt like I was driving slowly on purpose to piss him off, when in actuality my speedometer was a couple of mph fast, plus I was paranoid about him riding my bumper for half a mile.

I was polite and respectful despite him coming up to the car with the tint meter in hand; which I felt was dickish to say the least; but I feel like I would have enjoyed the experience more if I’d had a female officer like Commissioner May did, so I could have gotten all up in her grill and shouted at her and refused to follow directions until a Man arrived on the scene.

I wonder if I would have avoided being arrested too?

Either way, I appreciate Commissioner May setting the leadership example that female cops can be shouted at, while male ones get a handshake. Then again, that lady seemed like if I’d showed my license like she asked, the tint issue might not have come up at all. Guess we’ll never know.

In the end, I caved into the dominant culture’s norms and bought an old man car with no window tint. I hardly ever get pulled over any more. Needless to say I’m keeping a close eye on any unusual skin growths where the unfiltered sunlight assaults me every day, especially in the afternoon.

But I’ll never forget my harassment at the hands of unreconstructed tint-profilers in the State of Florida. I think we’ve reached a point in history where it’s time for Tallahassee to officially end “traditional” discrimination against people whose window color choice reflects their aversion to skin cancer and fireball glare.

It’s time to change the law and make dark tinted windows an equal right for everybody.  So I’m standing up today and declaring every tinted-Floridian’s right to block solar radiation from beating down on our left arms more than our right arms and baking my face like an oven all the way home.

While we’re at it, the speed limit through the north part of Navarre is ridiculous. It should be 55 all the way to East Bay. Also, I have yet to see one dead bird on the causeway, so can we up the slow zone to, say, 30, because 20 makes the tourists all paranoid about getting a ticket and they’re continuing to go 20 over the bridge too, which is REALLY annoying when I have to get to work. Don’t even get me started on the 25 mph limit in downtown Milton.

Previous: Where’s the Money for your Child’s Education?
Next: Keep Pets Safe this Fourth of July