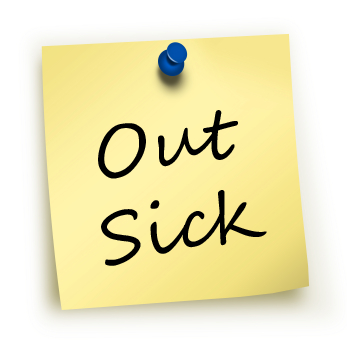 Oh righhhht.  That’s a little too much choice.  The kind that cuts into political donor profiteering.

Corrupt Democrats decided it was too much choice way back when they scrubbed a “public option” from Obamacare. Now it’s Republicans’ turn.  And lo and behold, after eight years of protesting taxpayer subsidies and opt-out penalties, they’re suddenly pushing something that looks a lot like…Obamacare.

The Republican Obamacare “replacement” continues taxpayer subsidies to the insurance industry – for both policy costs and high-claim reinsurance.  It continues a “Cadillac tax” on decent quality policies (sneakily worked in after 2024).  It continues penalties for people who don’t buy insurance, in the form of a 30% surtax on policies purchased after a 63-day coverage lapse.

But like Obamacare, a Medicare buy-in “choice” is mysteriously missing.

Apparently, our esteemed elected rubber-stamp club are not interested in the fact that Medicare’s massive risk pool, low overhead and lack of profit motive allow coverage at a fraction of private market rates.

*Medicare’s administrative costs are vastly lower than private insurance; about 2% versus 16%.

*Medicare’s massive participant base allows them to negotiate far lower prices with hospital and other care providers.

*Medicare doesn’t divert any incoming dollars to insurance company profit margins.  It all goes to pay for care.

*Medicare doesn’t exist to profit off my medical misfortunes, so I don’t have to worry about sneaky policy clauses, service denials, or ever-higher deductibles and copays that shortchange my care to increase their take.

No, our shining Congressional chair-fillers are not interested in those petty “little people” concerns because they have more pressing priorities:  ones that involve pleasing deep-pocketed health industry donors.  And unfortunately for consumers, a low-cost public option “choice” is not in the health industry’s best interest at all.

And so, it looks like Republicans’ “replacement” plan will be funneling my tax dollars to the same old private insurance policy profits Obamacare was wasting them on.

Because everybody knows, nothing forces “free market” costs down like free government money injected into the system.  Maybe premiums will be free!

Or maybe…insurers will set costs exactly where subsidies hit, plus every dime of any leftover income middle class policyholders might be hoarding away for Christmas.  Or groceries.

The new plan will raise already-inflated premiums by 15 to 20 percent.  They’ll start to reduce in 2020…if you’re relatively young.  That’s because insurers will be able to charge older people five times what they charge younger policyholders.

“Although average premiums would increase prior to 2020 and decrease starting in 2020, CBO and JCT estimate that changes in premiums relative to those under current law would differ significantly for people of different ages because of a change in age-rating rules. Under the legislation, insurers would be allowed to generally charge five times more for older enrollees than younger ones rather than three times more as under current law, substantially reducing premiums for young adults and substantially raising premiums for older people,” [emphasis added]

per the Congressional Budget Office and the Joint Committee on Taxation.

To reemphasize:  These are the same taxpayer subsidies Obamacare used; except they’re lower, and the middle class will foot more of the bill.  The bulk of cost reductions gained from pushing the poor off Medicaid will go to tax breaks for the wealthy, not policy reductions for middle class ratepayers.

Then there are the 52 million more who will be uninsured by 2026.  Presumably, they’ll go back to using expensive emergency rooms as clinics.  Which will in turn inflate middle class local and state taxes, hospital charges and private premium costs accordingly, to cover the difference.

In other words, we’ll get another tweaking to a stopgap half-measure that’ll continue to waste billions of dollars and do nothing to lower care costs.  All of which will be borne by our rapidly dwindling middle class.

Strangely, for a bunch as concerned with bottom lines as conservatives claim to be; the new improved plan says a whole lot about who’ll pay for care, and nothing about how much it actually costs.  Just like Obamacare.

And what overpriced care it is.  How about $7 for one alcohol wipe.  Or $32 for a $13 gown the hospital will wash and reuse.

Americans on Medicare, however, will continue to pay considerably less; because insurance companies will be cut out of the equation, and because hospitals will be forced charge fair prices.

It seems elected officials are all about “choice” when it profits industry donors. They’re not so enthusiastic when it comes to the ordinary slobbos who are actually footing the bills.

Corrupt Democrats bent themselves into rhetorical pretzels explaining why Obamacare contained no public option.  Republicans appear to be hoping their base will be so delighted to kick the “lazy” poor off Medicaid nobody will notice the glaring omission of a low-cost public “choice” for everybody else.

Representative Matt Gaetz held a telephone town hall the other night, to probe whether he could get away with voting for Ryan’s bill.

One lady couldn’t wait to impress Mr. Matt with the indignant denunciation that “health care is not a right!”

Ha ha, just what Jesus would say, right holier-than-thou conservatives?  I must have missed that part from Sunday School.  I think I had the mumps that week.  Was it in the Sermon on the Mount?

Then there are the home-school Constitutional experts.

“Health care isn’t in the Constitution!” they shout with the same beet-faced indignation.  The Federal government has no business in it!

Neither is the Air Force.  Or NASA.  Shall we privatize them with vouchers too?

Medicare buy-ins would cost middle class ratepayers, who pay for most of our health care system, a fraction of private policies.  They would reduce national health care costs by billions each year.  They’d give people who object to deadbeats sponging off the system a legitimate excuse to deny coverage if people don’t pony up their share.

I was under the impression Republicans were supposed to be all about free markets and choice.

You’re taking my money no matter what.  There are going to be public subsidies.

Why aren’t Medicare buy-in’s part of that equation? It sounds suspiciously like taxation without representation.

After all, if Medicare’s so terrible, nobody will choose it, right?

Put a public option in the bill and let taxpayers decide where our money goes.

Or as conservative champions of “free choice” like to put it:  Don’t tread on me!