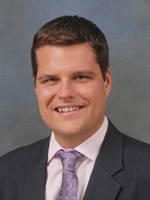 Panhandle Politico has received a report that a complaint was mailed today to the Florida Elections Commission regarding Political Action Committee donations related to District 1 Congressional candidate Matt Gaetz’ campaign.

Panhandle Politico did not immediately seek comment from the Gaetz campaign, but will update the story further after confirmation that the complaint is officially registered with the Elections Commission.

PLEASE CLICK BELOW TO SEE THE COMPLAINT IN FULL:

Previous: Survey Says: TOO CLOSE TO CALL
Next: Citizens for a Just Government endorses Florida Amendment 4 in 2016 Primary