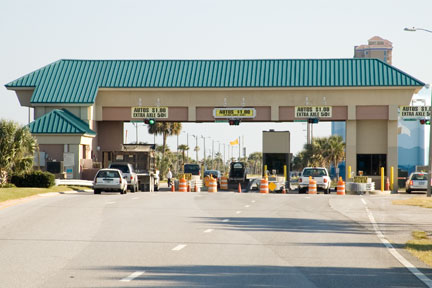 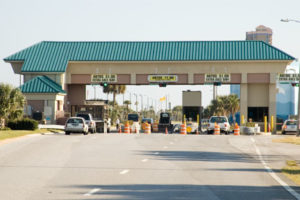 Recently the Panhandle Politico conducted a study of the voters feelings regarding getting rid of the ability to pay their toll, going to Pensacola Beach, by cash.  Overwhelmingly, the citizens stated their angst regarding the issue.

In a study of 595 voters across the county, 68.82% of the total respondents said they were against the county commissioners’ idea of making all toll payments electronic, thereby not being able to pay their toll by cash or change, as they currently have the option to do now.

What the Panhandle Politico found even more striking is that of the people against it, when asked if they would consider it if they knew it would decrease traffic jams on the bridge, 70% said they were still against it.

Finally, when asked if, given the option, would they prefer at least one lane where a cash or coin payment would be allowed, 54% of the total respondents said yes, they would prefer that option.

The survey was conducted November 13-14, of likely voters who have not missed an election since 2008, according to the records of the Supervisor of Elections office.

The margin of error for this study is +/- 2%.  As always, we look forward to any comments regarding this recent study.