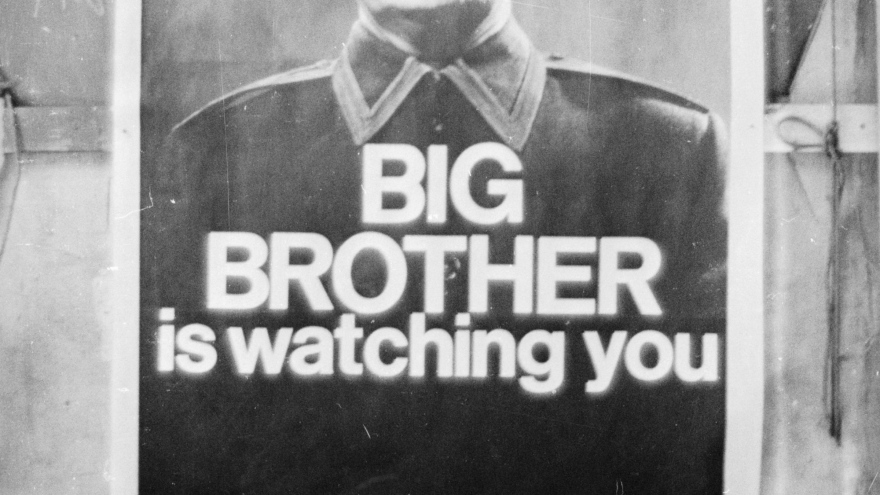 In recent weeks, our government’s been pouring inordinate effort into convincing us a new, vaguely-defined threat of “fake news” is a serious problem – unlike unemployment and inflation, which elected officials appear to genuinely believe we’ve been fooled into not noticing.

Stranger yet, the establishment media has devoted all kinds of time to “report” on this previously obscure issue… which seems to center on concerns the American people are getting too much information about what their government is doing.

If there’s one thing 10 years of “economic development” reporting has taught me, it’s that when government and media obsess about Problems Nobody Knew we Had, there’s inevitably a scam lurking in the background.

Sure enough, a new Defense bill has revealed the reason for the “fake news” farce: America has a brand new propaganda ministry! Or, as Orwell termed it in 1984, a “Ministry of Truth.”

Among other things, the new agency’s job will be to “support the development and dissemination of fact-based narratives and analysis to counter propaganda and disinformation directed at the United States and United States allies and partner nations.”

The “Center” will fall under the authority of the State Department – an agency that has been right up there with the Federal Reserve in lack of public transparency and accountability.

Especially when it comes to spending. So it’s no surprise the Agency will oversee something called the “Information Access Fund.”

It appears the “Fund” will be of the “slush” variety; in that it’ll be earmarked for undefined “grants or contracts of financial support.”

Here’s what the bribes can be used for:

(A) To support local independent media who are best placed to refute foreign disinformation and manipulation in their own communities.

(B) To collect and store examples in print, online, and social media, disinformation, misinformation, and propaganda directed at the United States and its allies and partners.

(C) To analyze and report on tactics, techniques, and procedures of foreign information warfare with respect to disinformation, misinformation, and propaganda.

To carry out those duties, presumably outside of normal State Department function (and transparency), the Center can hire up to 50 “personal service contractors.”

Don’t worry, no money will be wasted on crony handouts or sneaky “black ops” jobs against alternative media or your Facebook feed, because “service contractors” can only be hired in the event that “existing personnel resources are insufficient,” or to “obtain specialized skills or experience or to respond to urgent needs.”

There’s nothing in writing yet about the need for a news-rewriting “memory hole,” a la 1984, to dispose of “misinformation” our government would prefer we not know about. But something tells me some of our good friends in the media will have no trouble in the future finding a way to “manage” any embarrassing “news reporting” if the “incentive” check is big enough.

The Washington Post has already had to backtrack on a November 24 article blacklisting numerous online news outlets, based on an anonymous source who evidence suggests may have CIA support.  Stay tuned for lawsuits.

If Congress suddenly wakes up and decides to disapprove the new Center by not funding it, don’t worry: the law contains an end-run around legislative power of the purse by authorizing the Defense Department to hand over $60 million from their less than transparent budget for the nascent Minitrue.

In the meantime, pay no attention to the mainstream media man behind the curtain desperately waving for your attention.  He has full government approval to deliver “real” news.