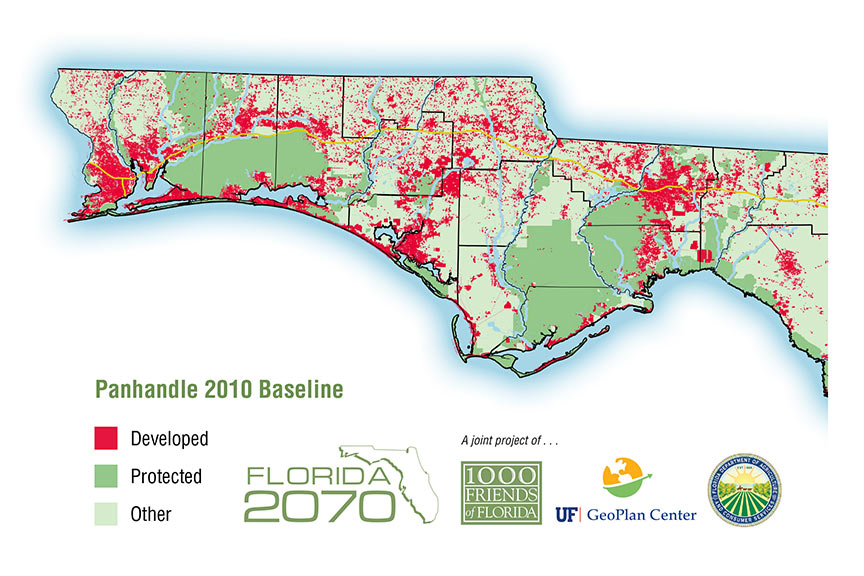 Home » Escambia News » Santa Rosa News » Florida 2070 population expected to almost double – but Panhandle will be least affected
A study on how Florida development will affect future sprawl predicts the Panhandle will show the least impact from coming growth. 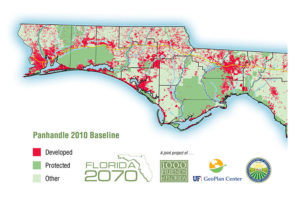 The study, conducted by 1000 Friends of Florida, the University of Florida’s GEO Plan Center and Florida’s Department of Agriculture and Consumer Services, says more than 1000 people move to Florida each day.  It’s now the 3d largest state in America.

Rising populations will affect quality of life factors like lands, water and roads.  The study’s authors say how and where development goes in will affect the future availability of recreational, wildlife preservation and agricultural land. 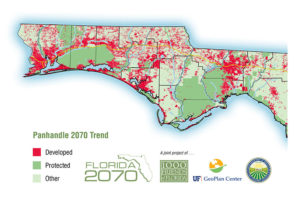 By 2070, Florida is on track to host 33.7 million – 15 million more than the 2010 Census baseline number of 18.8.
“The Panhandle will remain the least developed region of the state regardless of the future scenario that plays out,” the study says.  “The primary difference between 2070 Trend and 2070 Alternative is the increase in protected lands in the Alternative as a result of land classified as “Other” moving into protected status.” 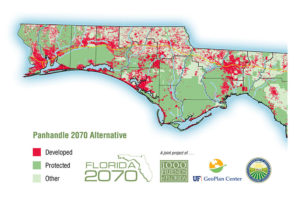 Alternative 2070 Panhandle map if development is concentrated in existing urban areas. Areas in North Escambia and Santa Rosa that were predicted for “other use” are mapped as conservation land

The report presents two alternative future landscape maps.  The first calculates how land will be affected if current development trends continue.  It predicts that 5 million acres of land will be developed to accommodate incoming populations; 3 million of which would include existing agricultural and natural land.

The “alternative” map predicts how the landscape may look if development is concentrated into existing urban areas and agricultural and conservation areas are protected.  It predicts compact development would save 1.8 million acres, plus an additional 5.8 million acres of conservation lands from development and keep 1.3 million acres of agricultural land in production.
The study suggests adding existing Florida Forever Acquisition projects and land identified and Priorities 1 and 2 in the Florida Ecological Greenways Network to conservation status to help reduce future sprawl.
Read the full study here.