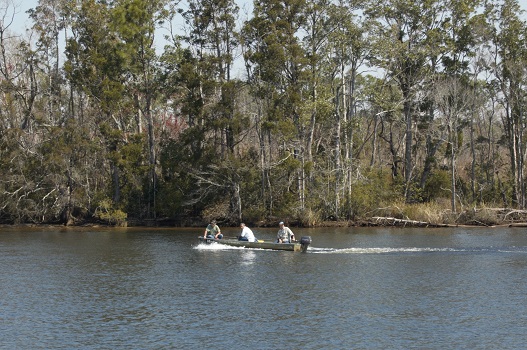 The legislative session will end next week and this is the most dangerous time, as there are no checks and balances in the Florida legislature/Governor’s office.

The entire governmental system in Tallahassee is controlled by powerful lobbyists and legislators who are all too happy to take their money in exchange for special legislative favors.

Until we get more public interest-minded people elected, out state will continue to be for sale to the highest bidder, including our natural resources and so much more that is precious to all of us.

Here are a few of the bills you will want to take action on:  Below that is the latest bad news about Rick Scott’s gift to the Koch brothers.  Remember, don’t lose hope, the tide will turn.

1. Springs Protection:  Rep. Ingoglia has filed amendment 246446 to HB 1149 that would gut protections for Springs by requiring an unnecessary pilot study that would take a minimum of four and a half years and would prohibit DEP from regulating nitrates affecting our springs until the study is completed and the Dept. of Health adopts a series of rules.

The pilot study would require septic tank systems to be installed in ‘priority focus areas’ of our Outstanding Florida Springs.  In other words, the pilot study would put our springs at even further risk of nutrient pollution than they are already. This amendment is designed to do one thing – remove any impediments to development, including in locations where it will harm the very things that make Florida an attractive place to be. Please call your Representative today.  The amendment will be considered tomorrow during session.  The contact information for your Representative is here:  http://myfloridahouse.gov/Sections/Representatives/myrepresentative.aspx

We are in the last 9 days of session, so emails are being ignored or only looked at very late in the day.  Please make telephone calls.  Identify yourself as a constituent (You can give your address or the town or neighborhood you live in) and ask that your Rep. vote against amendment 246446 when HB 1149 is considered on tomorrow’s special order calendar.  The amendment would gut springs protection. The legislature could easily make the delay in protection  permanent by failing to fund the unnecessary pilot study.  That would mean DEP would permanently be banned from regulating septic tank nitrates or establishing an onsite sewage treatment and disposal system remediation plan to protect our springs from nitrates.

2. Fracking:  The majority of FL residents want fracking banned now. Because you made thousands of phone calls, Sen. Rob Bradley FINALLY let our BIPARTISAN ban bill be heard in his Senate Committee where we WON UNANIMOUSLY.

Then, the bill won in its second Senate hearing!!

NOW Bradley has blocked the fracking ban bill from it’s third hearing –its last stop before the Budget Committee!!

Ask him WHY! SEN BRADLEY’S NUMBER:  866-582-4813. CALL SEN PRESIDENT NEGRON AT 850-487-5025  AND in the FL House, Speaker Corcoran, who wants to be your Governor, has totally ignored the will of the people of FL by blocking our ban bill from being heard in any House Committee this Session –and last!

This is our last, best hope with the legislative session ending next week to get a fracking ban into law.  We need these calls and for as many as possible to show up tomorrow, March 2 at 11:00 a.m. at the Martin Co CH, 100 East Ocean Blvd, Stuart for a rally.  This venue was chosen because Stuart is the county seat where Sen Negron has his district office.  That office is in nearby Palm City which has even less parking and less opportunity for locals to observe the rally and learn the crisis Florida faces if we don’t ban fracking ASAP!

3. Water Policy: Are you ready to start drinking sewage effluent?

These bills are greased and ready for the final votes. There will be no stopping them.

However, you hold the supporters accountable in their next election.

What we have here is something that developers have wanted for a long time. More and more areas around the state, Tampa Bay area for instance, are about out of water. The aquifers are depleted (think sinkholes) and the surface waters are dried up. Water allocations have been promised but there’s actually no water to fulfill them.

Developers have been pushing for a long time to recharge drinking water sources with sewage effluent – partially treated – sewage effluent.  It still have a whole host of unregulated toxics in it as well as pharmaceuticals, and pathogens.

This whole insane idea is the result of our so-called “leaders” being unwilling to say enough is enough. Florida has a carrying capacity and it was surpassed long ago.

So these bills will authorize the use of sewage effluent to recharge drinking water aquifers as well as surface waters.

But that’s not all these bills do. They also create something called the “Blue Star Certification” for sewage plants. These sewage plants would actually have very low standards for criteria to get their “star”.

The star is like a free pass for 10 year permits, no enforcement penalties for violations AND worse than that . . . they would get a presumption of compliance (meaning no sampling required ever) for bacteria when they are discharging into impaired waters.

There are so many things wrong with this I’ll have to outline it all later.

Agricultural discharges and stormwater discharges were blessed with a “presumption of compliance” for all parameters several years back. This is not unexpected but still disgusting.

The legislators who are taking our water policy apart are the same ones who refuse to tighten up our gun laws. They are bought and paid for many times over.  VOTE THEM OUT!!!

It won’t be long before they are granting these free passes to big polluting industries and it will not be far into the future until the Clean Water Act protections that all Americans were promised will be completely dissolved.

Everyone knows that Rick Scott is very cozy with the Koch brothers and he is responsible for giving them the permit for a dioxin contaminated discharge right into the Big Bend/Gulf of Mexico/Apalachee Bay.

You have hopefully followed our efforts to stop the Army Corps of Engineers (ACOE) from granting a dredge and fill permit for the 15 mile pollution-carrying pipeline. This week I received a letter from the ACOE informing me that the permit is being granted.

All of the very legitimate legal arguments that I raised were blown off by saying, “well, DEP says its not a problem.”

Not a surprise with Trump in the White House. Arghhh! This is happening in spite of the fact that Koch/GP/Foley pulp mill is converting to 100% dissolving pulp – which is their most toxic product. That means that there will be more dioxins and furans in the discharge than there is now. There is no telling how much money the Koch brothers save by simply dumping their toxic chemicals into Apalachee Bay instead of going chlorine-free and recycling their water.

This is a disgrace that belongs right on the back of Rick Scott.

Many of you are probably noticing how warm the Gulf is. I don’t know about the Atlantic, but this week Apalachee Bay, off shore from Panacea the Gulf was 71 degrees.  Of course the land temperatures have been breaking records daily. My garden and fruit trees are confused about what to do and so am I. Should I plant spinach or tomatoes? It seems like tomato weather but normally I’d plant spinach in February. This must be truly stressful for commercial farmers and it should be of concern to everyone, as our food supplies depend somewhat on fairly consistent seasons.

I hope that those of you who have some space and are physically able, are planting some food. It will help our warming climate in so many tiny ways but if everyone would do their tiny part, it would amount to something positive. We can’t count on our state or federal governments to do anything positive about climate change (or anything really) so if for no other reason, grow something new and/or grow more. You can think of it as an act of protest against the brick-headed politicians.

I’ll get back to you soon with more info on the Human Health Toxics Criteria and the Koch/GP/Buckeye toxic pipeline to the Gulf. Enjoy the unseasonably warm and beautiful weather and thank you for reading all this and for doing all that you do for Florida’s waters.

For all Florida’s waters and for the future of our planet,