The public attorney representing customers against Gulf Power in a rate hike case said the utility should be reducing rates by $2 million per year instead of asking for an increase.

“The bottom line, we filed testimony on your behalf, and we are recommending that Gulf’s rates be reduced by $2 million, and not get any increase,” Florida Public Counsel J.R. Kelly told audience members at a Thursday night hearing at PSC Hagler auditorium. 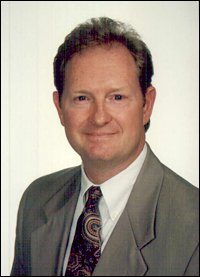 The Office of the Public Counsel was created by the Florida Legislature in 1974 to provide legal representation for the people of the state in utility related matters.

Kelly said the company’s requested hike is unreasonable, based on a range of concerns from experts hired to analyze the case.

First, he noted, Gulf Power is asking for an 11 percent after-tax profit.

“Quite honestly, we believe that’s excessive in today’s economy,” Kelly remarked.  “And with other states that are now awarding returns much lower than 10 percent.”

“Our expert’s an internationally known expert from Penn State University.  He’s recommending an 8.875 percent return.  The difference between what Gulf is asking for and what we’re recommending is $29 million dollars less than you would pay in the rates that Gulf imposes upon you.”

Kelly said the Office of Counsel also objects to Gulf Power including costs from Scherer, a coal-fired generating plant in Juliette, Georgia, in its calculations.

Gulf Power owns 25 percent of Scherer.  Two of three long-term Gulf Power contracts to provide wholesale power from the plant recently expired, and a third expires in 2019, freeing up 100 percent of Gulf Power’s share of capacity.

Scherer generates the fifth-most power in the country; and produces hundreds of acres of coal ash per year, which is stored in a pond surrounding the plant, per an April 1, 2012 CNN report.  The report also notes that neighbors have reported cancer and other illness they believe are caused by plant operations.

“This plant was built in the 1980s and Gulf has used it since it went into service to sell power to wholesale customers,” Kelly remarked Thursday night.

“They’re now asking to include this plant in the rates that you pay, even though it’s not provided power to retail customers for some 30 years.

“However, Gulf has not met its burden of proof that there’s a need for this plant before the year 2023.  That’s six years from now.  Yet they want to include it in today’s rates.”

Gulf has admitted they did not do any kind of an analysis showing that that plant would be the most cost effective option to provide local power, Kelly said.

“In addition, if it is allowed into rates, you the ratepayers would be responsible for any environmental costs or cleanup costs that might be imposed by the Federal or State governments.

“We’re opposing this request, and if the Committee agrees with our office, that would reduce Gulf’s [request] by $19 million dollars annually.”

He noted that environmental costs would account for another $14 million dollars.

Kelly also says Gulf Power has requested $23 million too much in salaries and benefits, in light of the fact that since 2013, the company has consistently reduced its workload.

“In fact, over the past three years, they budgeted anywhere from 86 to 120 positions more than they’ve actually employed,” he remarked.  “Yet they are coming in in this case and saying we need more employees.”

“The bottom line is, their own witness has testified in this case that with the decreased staffing levels over the past 4 years, they’re still providing you reliable service.  So why the need for additional employees, other than, you will have to pay for them?”

Kelly also cited $8 million dollars in excessive charges Gulf Power included in the rate hike case that would be paid to its parent company, Southern.

“And there’s some smaller things, expenses for vacant land, and other expense items we just do not feel are warranted,” he noted.

Gulf Power is asking for a $106.8 million per year base rate increase.  The base rate is a minimum charge that all customers must pay before using any power.

The company says the money’s necessary to “invest in the long term reliability of Northwest Florida’s energy infrastructure.”

The company says the proposed new prices will benefit customers.

Gulf Power representatives provided a flyer at Thursday’s hearing that said the company is proposing a new residential rate structure that “will meet customers’ desires for greater bill predictability and choice.”  That document did not include any specific energy cost numbers.

A separate flyer, which Gulf Power also provided at Thursday’s meeting, showed lower monthly “energy charge” totals on examples of residential bills the flyer indicates would be in effect if the proposed rate hike is approved.  The bill showed a total increase, for customers using 1,200 KWH, from $154.17 to $168.31.

That flyer did not provide specific per kilowatt hour rate numbers.

The flyer examples showed projected monthly bill increases that were lower than the $29.22 base rate hike because they include a line item titled “energy charge” that’s projected to cost less in the future.

According to the Public Service Commission, in December 2015 (the latest posted), Gulf Power saw a 1.25% increase in customers for the year; but a 1.15% decrease in average annual energy consumption; suggesting customers are using less energy.

Speakers at the meeting suggested Gulf Power wants the base rate hike to ensure customers who conserve energy and use alternative forms of power don’t cut into the company’s bottom line.

Some noted that raising the base rate and lowering per KWH rates would reward customers who use more energy at the expense of those who conserve.

Some 59 audience members registered to speak, along with The Southern Alliance for Clean Energy, the League of Women Voters of Florida and the Sierra Club; all three of whom oppose the hike; at Thursday night’s hearing.

The new rates would take effect July 1, if approved.

Public Service Commission Rate Comparisons throughout Florida, as of December 2015: