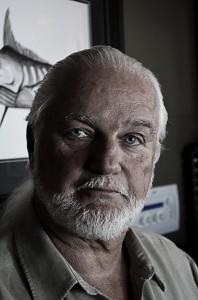 Who stands to gain when the current Commissioner is gone?

Follow the money….. Isn’t that what everyone says about American politics?

Let’s look at Sheriff Morgan’s situation first. He never expected to actually lose control of the jail. He expected the County Commissioners to cave in on his demand for $18M and never justified such a demand.  The commissioners for a long time were suspicious that dollars requested by the sheriff in the past were, diverted to other undisclosed purposes.  Gene Valentino’s requested investigation by the Office of Budget and Finance discovered that it would cost a fraction of that to correct the problems and operate the jail. Valentino was and still is a champion of consolidation to cut taxes imposed on us.  Under Valentino’s leadership the Commission voted 4 to 1 to call the Sheriff’s bluff and accept his offer to give the jail back to the County to operate. 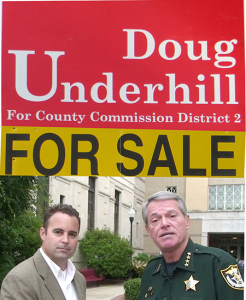 The County was able to make changes necessary for about $1M. Additionally, they met with the Department Of Justice and amicably complied with more than half of the 30 items listed in the DOJ report regarding the long-standing managerial and operational problems at the jail that were happening under the Sheriff’s watch. All of this was accomplished at a tremendous savings to the tax payer, avoiding the property tax increase that would have been required if the Sheriff had succeeded in getting the $18M from the commissioners he wanted. No wonder Sheriff Morgan wants Valentino out and his man, Underhill in.

The ECUA has been at odds with the County for several years regarding dumping fees and outside sourcing. It has been shown that consolidation would reduce cost, increase efficiency, and help lower our rates. Paranoid ECUA Board members were more worried about losing their positions (their jobs) as board members, than worried about the efficiency of their operation. FACT: ECUA has had 3 rate hikes in three years – nearly 30% increase. FACT: Valentino had no intention of taking their jobs away.

The fight therefore stems from that desire to control and get paid for doing very little. The members make well over 30K a year and attend 12 meetings…REALLY???, That is $2500 per meeting, per member. Moreover, they start their meetings in the early afternoon – Not convenient for any of us!   FACT: County Commissioners get many of their phone calls for service.  Many people don’t have a clue who their ECUA board member is. That is why they call their commissioner. The commissioners often do much of the work to help the citizen for their ECUA representative.

No wonder the three board members that were known in the District 2 race came out supporting the incumbent’s opponent. They thought they would lose their jobs under a yet-to-be determined plan for consolidation. The new guy will have allegiance to all three; for swinging the vote his direction, even though he publicly stated he will be only a part-time Commissioner.

If one looks closely at the last Republican primary, one can see that the best man for the job lost the primary, in part, because the perfect storm of greed and control helped knock him out.

Mr. Underhill is a poor candidate at best.  Again, he has stated repeatedly that he will only be a part- time commissioner and will keep his day job.  With all the daily expectations we put on our commissioners, he will not be present in his office on a daily bases. That means he will not be available to the public. Underhill will only show up for the votes and he will probably not know the details of what he will be voting on. Valentino spent 50-60 hours every week (not to mention his aid) studying the issues that were to come before him. Underhill’s Chief of Staff is reported to be Ron Ellington who currently works for Julian McQueen, the Pensacola Beach hotel magnate. (See Part 2 next week of Follow the Money)

A part-time Commissioner is unacceptable!  As a Federal employee he will be on call and have to report elsewhere during a crisis. He will NOT be available to the County when we need him most.  Reports have it he left an elected post in Maryland. Plus, with a track record of poor financial decisions and a trail of tears of lost homes for people that trusted him to some very dubious activities that are highlighted on the web page www.underhilllies.com.

He is a bad candidate to control the citizens tax dollars as he will be beholding to not only the sheriff but ECUA as well…………..

The question is: Is he already bought and paid for???????

It is time to vote to choose a leader for our local District #2 for the next 4 years, one that can move us forward or one that will move us backward……careful how you vote.

You have two choices, regression=Underhill OR progression= Deb Moore. It is up to you.  We always get what we deserve.

Watch for next week when I will expose the Pensacola Beach connection…..it ain’t looking good for the west side folks.