…my greatest nemesis still provides our customers with free light, heat and energy. I call this enemy, the sun. 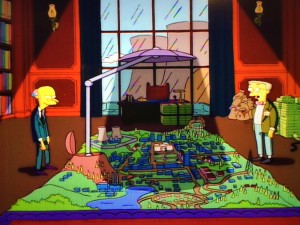 Is it possible to monopolize the sun? In my First Amendment Guaranteed Opinion, Florida’s electricity monopolies are working diligently to find a way.

Florida has been one of just 4 states where only government approved monopolies can sell power. Is that Socialism or Fascism?

Homeowners can put up their own solar panels and use the power, but installation costs are expensive.

In states with less regulation, third party companies are installing the panels for free, and charging for the electricity. And more concerningly – if you’re a bloated power monopoly – selling the excess. 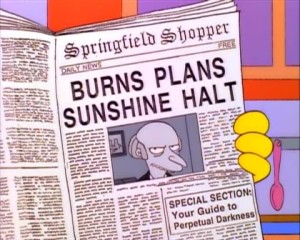 Solar consumers couldn’t buy more than 2 megawatts. But any excess could be sold to contiguous properties.  Existing electricity companies wouldn’t be allowed to charge extra fees to or cancel customers who also choose solar. Solar equipment would still have to meet building, electrical, safety and pollution codes.

As evidenced by their financial support for a rival amendment, Consumers for Smart Solar (Smart Solar). Smart Solar would cancel out Solar Choice’s amendment and strengthen current energy regulations by putting them in Florida’s Constitution.

Why would electricity monopolies put their pocketbooks behind efforts to curb third-party distributors?

Surely it’s not the competition – we’ve been told over and over by the “economic development” industrial complex experts endlessly being touted by Florida power companies that a free market is the answer to everybody’s economic woes.

Especially when it comes to privatizing government services like prisons and schools.

Now all of a sudden, solar power wants a free energy market and the power companies are running the other way.

But despite, in my First Amendment Guaranteed Opinion, overwhelming evidence to the contrary, it’s not competition Smart Solar people say they’re concerned about.

Not by the group’s monopoly donors, ha ha!  Bring on the “fuels surcharges!”

No, Solar Choice opponents are concerned third-party solar companies that; for example are not Gulf Power; might somehow create extra expenses for everybody.

Nobody’s really sure, but it seems to have something to do with power companies being required to provide backup power to customers who also have solar.

Presumably, those customers are also paying standard Gulf Power hookup fees and monthly power bills, so it’s not clear how power companies are being put out.

It’s not fair, Choice opponents say, because monopolies will have to maintain transmission lines and other equipment used to provide “backup” power. For which, somehow, solar will create extra expenses.

Expenses everybody will have to pay, meaning people using solar will (somehow) be freeloading off those who don’t.

Those would be the same lines and equipment that will presumably be required to conduct less electricity if more solar is generated and distributed at the homeowner level by…say…companies that aren’t Gulf Power.

Although it’s not clear where the extra “maintenance” expenses will materialize, one thing is certain: power monopolies in other states have tried to charge net-metering fees to solar customers.

Essentially, those are restocking fees for selling extra solar power back to the monopoly. For “maintenance” expenses.

Solar Choice people are predicting that as solar catches on, Florida monopolies will eventually try to charge net-metering fees, too.

Strangely, in light of their own retreat from a free market, people who oppose Solar Choice are also throwing the issue of “socialist” government solar subsidies out there.

Solar Choice amendment language says nothing about subsidies.  The solar industry has certainly received government handouts in the past, but then again so have traditional electricity providers.

Some people might even characterize the monopoly franchise territories, guaranteed profit margins and rubber-stamp base rate hikes enjoyed by Florida power companies as subsidies.

A Gulf Power release on those projects describes solar energy as having “…the capability to provide energy that will diversify the power supply and provide a cost-effective alternative during peak energy usage.”