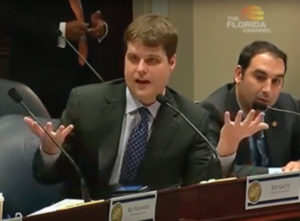 With Matt Gaetz announcing over $700,000 in contributions for his Congressional race last week, it’s not difficult to see why the moneyed special interests gravitate to Gaetz. For the second week allegations of crony capitalism have begun to surround the campaign of the congressional candidate.

Last week a video showed State Representative Gaetz, who had several aviation industry contributions to his then State Senate campaign, killing an amendment during the 2016 session that would remove a requirement that commercial consumers of aviation fuel hire and train disabled veterans in order to qualify for a tax credit.

Now allegations have surfaced regarding donations from longtime supporter and legal client of Gaetz, Jay Odom and Miami, FL based Costa Farms.

Odom is one of the investors behind Alachua, FL based Chestnut Hill Tree Farm, a Company vying for a license to distribute medical marijuana.

According to an article written in Folio Weekly, the Department of Health was sued for awarding the license to Odom’s group instead of San Felasco Nurseries Inc. who had scored much higher in the DOH panel’s evaluation of the applicants.

“The DOH’s disqualification decision was incorrect, and also violated the DOH’s own rules and procedures.” wrote Jim McKee, an attorney for San Felasco. On, May 3, 2016 McKee was proven correct as Judge R. Bruce McKibben ruled that BOTH San Falesco and Odom’s group would be licensed.

MUSCLED OUT OF THE MARIJUANA BIZ – Article

“I sponsored and passed Florida’s medical marijuana bill” Gaetz said at the RPOF’s 1st congressional District Debate on June 24, 2016 referring to the 2014 bill to allow the growth and distribution of low-THC marijuana in Florida for critically ill patients.

When signed into law, the bill was roundly criticized because of a provision that not only limited the number of dispensaries operations to five for the entire state, it also, mysteriously, so narrowly defined the qualifications, that only about sixty organizations in a state of 20.3 million people could apply. To put that into context, Colorado has 786 medical marijuana cultivation centers to service 5.5 million people. 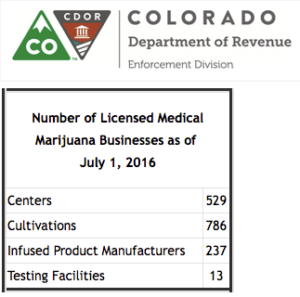 According to an article written in the Tampa Bay Times, Political Action Committees controlled by Gaetz received more than $25,000 in contributions from Costa Farms. Additionally, it was revealed in a News Service of Florida article published in the Northwest Florida Daily News that, long time Gaetz supporter, Jay Odom is actually the money behind Alachua based Chestnut Hill Tree Farm.

Odom, who at one time was a major Republican fundraiser also played a prominent role in an airplane hangar controversy that led to the exodus of former House Speaker Ray Sansom from the Legislature in 2009 for whom Gaetz served as a legislative aide.

Odom was sentenced to six months in prison three years ago after he pled guilty in a 2007 scheme to funnel $23,000 in campaign contributions through employees or their family members to a presidential candidate.

Gaetz continues to tout his desire to provide medicine to critically ill children, but that argument angered Sen. Jack Latvala, R-Clearwater. Latvala said that the Legislature had already voted in 2014 to help those kids. He called the new bill an attempt to expand the potentially lucrative medical marijuana market to the existing five growers who have been approved by the Department of Health.

“I think the most repugnant thing is that we’re using the guise of helping these kids for a special interest food fight to expand the people that can offer this, that can make money on it,” Latvala said, adding that “This is about making money as much or more as it is about helping sick people.”