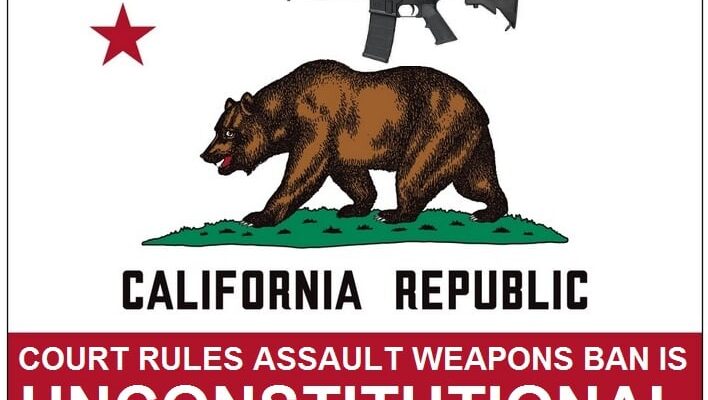 On today’s radio program, I discussed the good news out of San Diego that California’s ban on so-called “assault weapons” violates the Second Amendment Right to keep and bear arms. U.S. District Court Judge Roger Benitez, who was appointed to the bench by President George W. Bush in 2004, ruled in the case of James Miller v. Rob Bonta. His decision threw out the ban, but he stayed his order for 30 days to allow the State of California to file an appeal with the Ninth Circuit Court of Appeals – something that is certain to happen. That decision can be read at https://oag.ca.gov/system/files/attachments/press-docs/Decision%20–%20Miller%2020210604.pdf

The 94 page decision is worth taking the time to read because it completely eviscerates the deceptions, false claims, and outright lies the gun banners always use when trying to infringe upon our rights. I found the entire decision to be quite entertaining to read as Judge Benitez picked off each falsehood one at a time as if they were ducks in a shooting gallery.

But if you don’t have time to read the entire decision, you can listen to the highlights on the podcast of today’s Mike Bates Show which is now online at www.TheMikeBatesShow.com/podcasts/210612