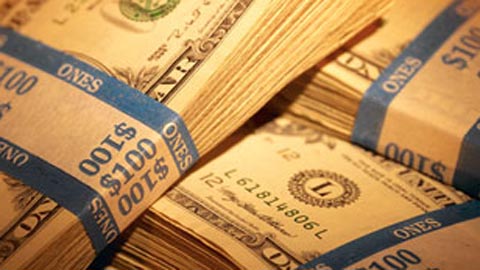 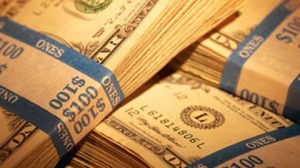 In certain parts of the world, the best & brightest…and more importantly…most-connected students spend years focusing all their academic energy on one life-defining goal: a permanent government job with whatever corruption-machine regime happens to run the show in their neck of the woods.

Government as a jobs program for friends and family has long been a hallmark of undemocratic, unproductive autocracies.

In Communist China and Russia, government jobs were reserved for Party cronies and their children, while comrades who had the misfortune of not being born More Equal than everybody else got to (literally) pack sand. Nazi Germany banned Jews from holding coveted government jobs early on. In Europe’s less entrepreneurship and upward mobility-oriented social order, civil service positions have functioned as prestigious sinecures for the children of the elite since the days of Feudalism. Seventeenth Century French nobles vied for the chance to wipe Louis XIV’s, er, face, to the extent they lined up beside his bed each morning and jostled for position on his wakeup service.

Of course, in the Third World, government jobs aren’t just an easy route to economic security…they’re the ONLY path to any semblance of middle class existence.

It doesn’t seem to be doing much for their GDPs. Maybe there’s a reason. Something to do with corruption tends to bleed a functioning economy dry. Somewhere along the line, somebody has to pay for all those handouts that reward loyal functionaries and make sure they continue to carry water for emperors and Party bosses and liege lords.

How much is enough? How much ya got?

Since the first cave man put his own kid in charge of distributing the day’s mastodon take (with a performance “bonus” for his efforts, no doubt), government jobs have constituted a kind of inverse “family business.” A self-perpetuating institution that requires ever-more contribution from people who work for a living to feed an inevitably-expanding pool of connected wannabe’s who want in — plus the ever-expanding compensation people “in the system” feel they are “worth.”

That inevitably reduces funds available for the services public servants are supposed to be providing to begin with. It leads to ever-fewer public investments of the kind that generate private sector jobs. Like ports, roads and bridges.

By private sector, I refer to the increasingly rare business and industry sectors subject to laws of competition and consumer demand.

I’m not talking about monopoly utilities that function exactly like government departments minus transparency laws or “nonprofits” that get most of their money from government “grant” handouts. You wanna see the future of government salary inflation in a no-holds-barred situation, take a look at the books in those “industries.”

The Pensacola Bay area median individual income is currently about $23,000 per year. How do government salaries stack up?

We’ve just seen one guy come into an Assistant job in Escambia County for a cool $59K. The median Escambia aide salary is now MORE than the Commissioners themselves make. Meanwhile Santa Rosa County employees, whose median salary hit near the $50K per year mark a couple of years ago, got a “much needed” 3 percent raise last year.

Did you? Did the lady checking out your groceries on her feet all day? We all “need” a raise. My employer isn’t sponsoring one for me – I have to wonder why I’m being asked have to pay for somebody else’s in the midst of a massive depression CAUSED BY GOVERNMENT CORRUPTION.

Nobody begrudges government employees their paycheck – we’d all like to see everybody making that much. But they aren’t. And the people who have to foot the bill are moving backwards on the personal income scale while public employees get “inflation adjustment” raises. There’s a financial disconnect there and at some point, something’s going to have to give.

We’re fast approaching a place where government salaries, benefits, retirement, health care, courtesy cars, phones, extra leave and bonuses are going to be, as overpaid “consultant” blatherers like to put it, “unsustainable.”

Eye-watering incidents like government Assistants who make more than the boss are a harbinger that government cronyism is overtaking private sector productivity and, as we see in the Third World every day, will eventually smother it.

When that collapse comes, $60K per year Assistants will probably find themselves back on the very unemployment line their own liege lords and Party bosses and emperors helped create. Hope they know how to work a cash register.