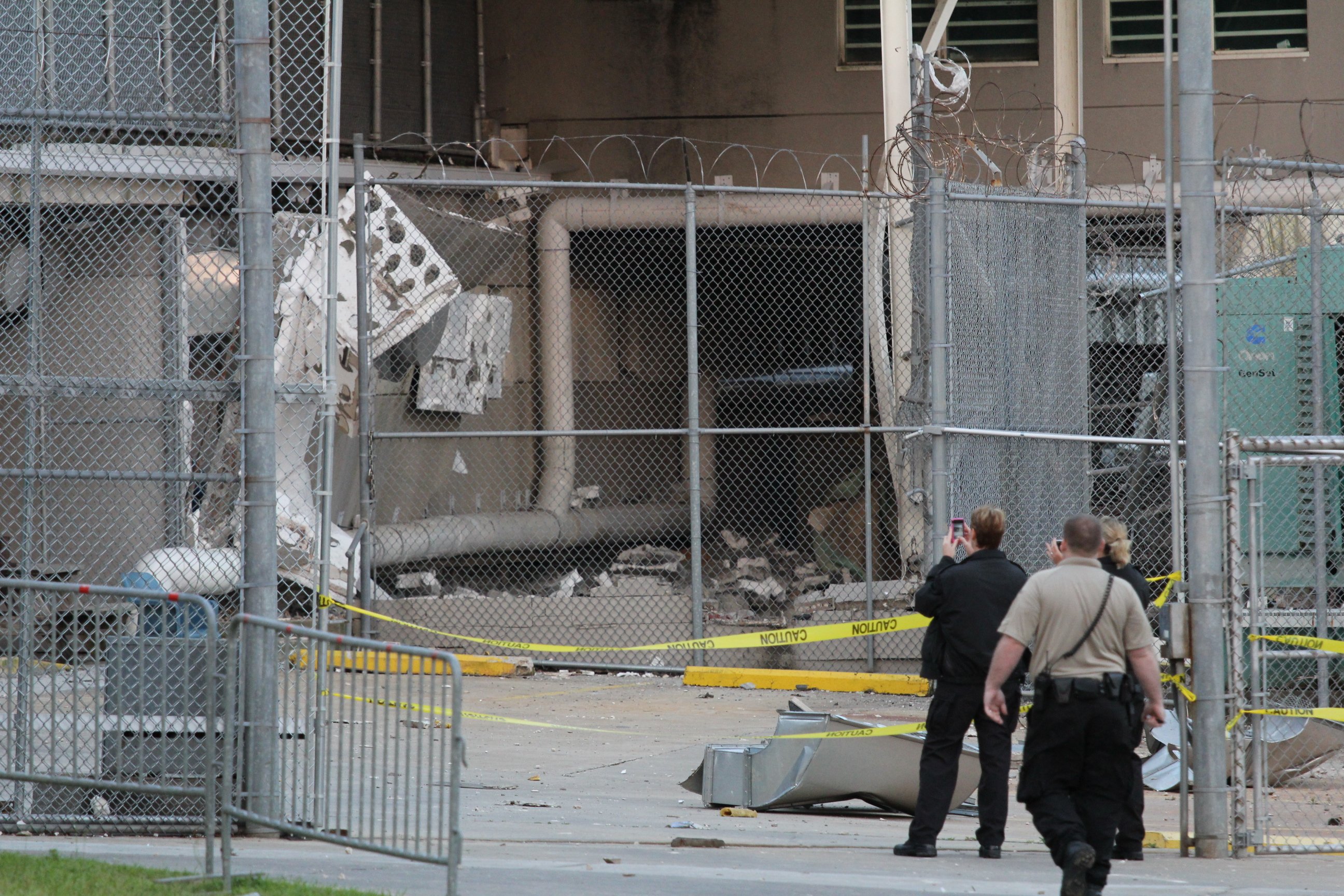 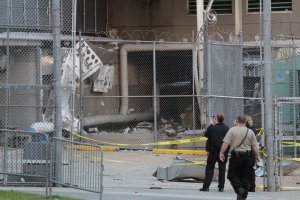 Over the past few weeks, I think we can all agree that there has been some very interesting and nationwide notice given to the Grand Jury system. Given the fact that in most legal minds you can convince a Grand Jury to “indict a ham sandwich” if a halfway decent attorney is given the chance; we must then question whether there are any ulterior motives for convening and following through with a Grand Jury.
Could it be political?  Is there any question of that?
Now let’s talk about the horrific natural disaster that literally floored the environmental, structural, and safety integrity of Escambia County’s Jail, April 29 and 30 of 2014.
In case, for some unfathomable reason, you don’t remember, Pensacola received 26 inches of rain in a 24 hour period.  Grand Jury documents on the Jail explosion show that local reporters and publications consistently refer to the event as a torrential downpour or a torrential amount of rain.
Folks, that is the understatement of the year. According to county engineers, this was a 500 year flood, not a torrential downpour or a run of the mill flood.
It was tragic and it was horrible.
But then came the blame game and then Sheriff Morgan calling for a full investigation. Which nobody would argue with; but who is qualified to investigate? Presumably the FBI and the ATF (which routinely take the leads on investigations such as this) should be enough.
But noooo. It’s Escambia County so it must be Grand Jury time.
Yep, we are going to find 21 citizens from a jury pool, who according to Assistant State Attorney Greg Marcille, “As the procedure, we do not know the jury’s professional or educational background.”
Folks, this is not a standard criminal case, the research into this event should have individuals familiar with science, meteorology, engineering, architecture, construction and structural science;  people with some way of digesting what was going to be fed them by those running the Grand Jury as well as those testifying before the Grand Jury.
Perhaps testament to that concern:  one recommendation that came out of that Grand Jury has lots of people scratching their heads. That is the suggestion to return the Jail back to Sheriff’s Department control and out of the hands of the Escambia County Commission.
How in the world would that have changed a thing the first time around? How would it have prevented the explosion?
Folks, the County maintains the facility regardless of who’s running it. The maintenance issues that existed still would have existed no matter who was “in charge” of administration.
And this is where the continuous blame game of situational ethics by Sheriff Morgan and his media bandwagon becomes absurd.
Understand, placing blame has a great deal, in my opinion, to do with his desire for an investigation and a Grand Jury.
Sorry Morgan, but if you were running the jail at the time of the explosion, no one in their right mind would be calling for an investigation into your office. This was an Act of God. This was the tragic result of a flood. Nothing more. Nothing less.
What happened on April 30 was this:  an enormous amount of water created conditions that caused a gas line break.  That ignited in the laundry room of the Escambia County Jail. The explosion that occurred resulted in the death of 2 individuals as well as the injuring of another 286 persons residing and working in the jail.
We don’t really know the Grand Jurors’ expertise level, if any, is sufficient to accurately assign fault for that chain of events. And no, that is not saying anything bad about the members of the jury because they are servants of the court and they are doing their best to serve our community in the best manner possible.
In fact, several of the recommendations made by the Grand Jury were logical and correct. County Commissioner Grover Robinson agrees with the major point, “We can’t rebuild the jail in the same location it is in now. The Grand Jury made that clear and that should be clear. It never should have been built in a flood place area and the future one will not be built in a flood zone.”
However, the politicization of the Grand Jury is what we are talking about. Since when do Grand Juries make recommendations having to do with re-writing political and governmental policy? And if so, should they?
No.
They are not supposed to be lobbying or pursuing local political agendas. That, also, by the way, is not the role of lawyers running the Grand Jury proceedings.
Maybe now it is time to start taking a look at how the Grand Jury is used and how they are managed. We have too much avoidable crime in our community which is taking a back seat to political witch-hunts and narcissistic grandstanding.
Stay tuned as we break down the rest of the Jail explosion Grand Jury testimony.