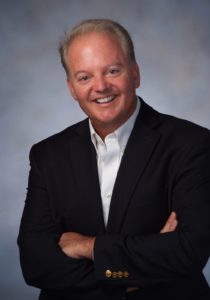 According to a Listener Group study conducted of 623 likely Escambia County voters; if the election for Escambia County Superintendent of Schools was held today, Jeff Bergosh would have the strongest advantage.

Now with no one having pre-filed for this race yet, the poll was conducted of individuals who have been in the talk of running to replace the retiring Malcolm Thomas.  That being said, of this hypothetical match up we found the following. Specifically, Bergosh currently has 27.3% followed by District 4 School Board member Patty Hightower with 12.7%, Keith Leonard with 8.7%, District 5 School Board member Bill Slayton with 8.3%, Denny Wilson with 2.4% and the remaining being either undecided or stating they do not who any of the choices are, at this time.

This study was conducted between September 14 and 16 using a touch pad Interactive Voice Response (IVR) system.  The qualification of a likely voter, in the poll, is defined by a person who had voted 100% of the time for the past 6 elections.  The data used for the polling was mixed between the Escambia County Supervisor of Elections as well as Aristotle Data (Voter Lists).  This study has a 99% confidence level with a Margin of Error at +/- 3.5%.  Please see data and cross tabulation by age and gender on the following pages.

Previous: Episode 6 – Between the Tanyards and the deep blue sea.
Next: Tallahassee can’t wait for Washington to tackle the crisis of illegal immigration