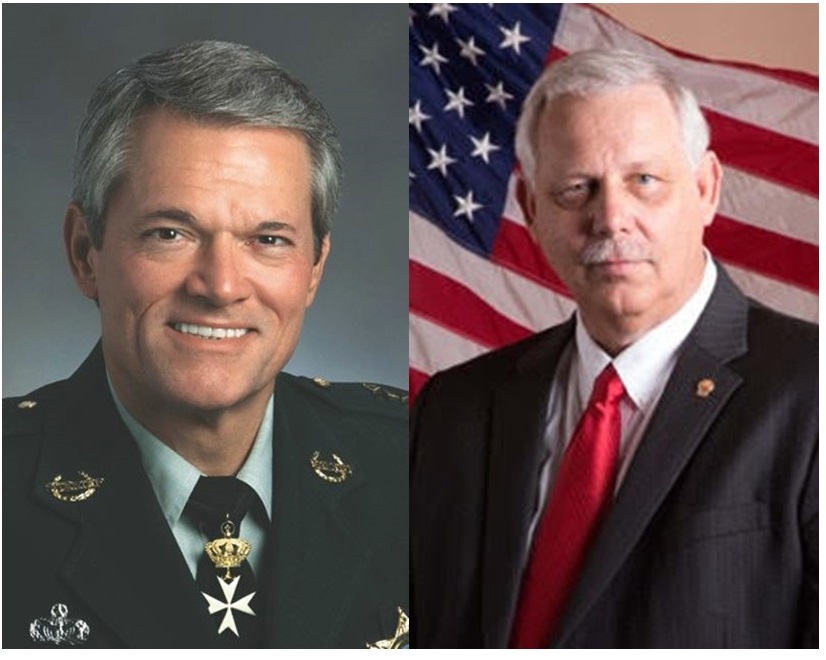 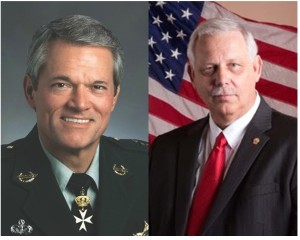 Morgan was overruled by the County Attorney, but the sign stayed down over the weekend.

“To err on the side of caution, the political sign was removed at the Molino ball park when the policy was questioned on the evening of Friday, April 15 until staff was able to discuss the policy with the county attorney on Monday morning,” Tsubooka noted in an email.

“The sports association was given the OK to put the sign back up via the county attorney as long as the standard application and pricing guidelines were followed and the ballpark association applied the same criteria as with its other sponsorship requests, on Monday, April 18.”

“Athletic leagues can sell advertisements and there’s no restrictions on that…the signs were back up Monday night, before the ballgame started,” Johnson affirmed.

He says other, non-Sheriff race signs are currently being displayed on County property, but have not been challenged. He believes his sign was specifically targeted.

“There were other campaign signs on other [County] ballparks near the Sheriff’s office,” Johnson noted. “For some reason that sign drew his attention.”

He questions Morgan’s use of authority to have the sign taken down.

“Clearly he abused his office,” Johnson remarked. “And that’s the David Morgan we’re accustomed to in County government. He has trouble getting along with anybody.”

In the end, the incident may have helped Johnson’s campaign, he said.
“The park is very supportive, the people in Molino have been tremendously supportive. It had a good result for us,” Johnson remarked.

His Facebook site received 47,000 views in the four days following a report the campaign posted to the site, he said.

“On Friday evening David Morgan, while wearing his uniform, unlawfully ordered this JOHN JOHNSON for SHERIFF campaign sign REMOVED from the outfield fence at the Molino Ballpark. On Monday the County Attorney determined that Morgan was wrong. You should know that other campaign signs are hanging on other ballpark fences around the county but Morgan TARGETED this sign. This is what happens when you give a politician a badge. Can you say TERM LIMITS?”

“It just kind of blew up,” Johnson noted. “I was amazed…it’s great. We hear the same message. Everybody believes in term limits, almost to the voter. Those people, whether they’re frustrated with the Sheriff or not – believe he’s been there eight years, it’s time for somebody else to be in office.”