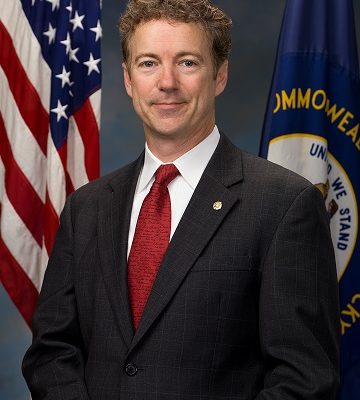 Republicans will live and learn to regret the day they decided to retain Obamacare. Conservatives across America will not and should not soon forget the day Republicans abandoned any pretense of Obamacare repeal.

By agreeing to retain Obamacare, Republicans desert the principles they claim to hold dear and abandon the promises they made across multiple election cycles.

I will not be a part of it, and it is why I will vote no next week. But beyond that, I want the public to understand a few things.

In this Senate bill, Obamacare is to be retained.

There will be no repeal.

“Obamacare is dead,” they say as they mutter under their breath, “Long live Obamacare.”

Senate Republicans, if they pass this bill, will be voting to keep the main premise of Obamacare and all its attendant distortions and market disruptions.

Future generations will look upon this day of surrender as the beginning of the end of capitalism, choice and competition in America.

Too dramatic? You decide.

Some say Republicans must act or lose their majority in Congress, and that it is political suicide to do nothing. I say it is worse to do the wrong thing.

If Republicans accept, as they appear to, the Democrats’ premise that the federal government has the prerogative to subsidize a private industry, there is no end to the mischief that may yet occur.

“New car prices are too high,” they will cry. Why not a new car stabilization fund to bring down car prices?

And on and on. Now that there is virtually no Republican opposition to government intervention in the marketplace, how long until capitalism withers away or is stamped out by Republocrats?

Some say Republicans must act even if the bill is not that good; we must act or risk losing our majority. But would it be worth it after all, after knowing Adam Smith, Friedrich Hayek and Milton Friedman, to simply act for action’s sake but forfeit our liberty’s soul in the process?

The last remaining vestige of the freedom-loving soul, the dying embers of belief in the marketplace, will expire before our very eyes.

Upon this crucible, this false hope of cheap insurance through massive subsidies, burn the beliefs that made America great.

The freedom of exchange, the freedom of choice implicit in free transactions, is consumed by this bill. With a whimper of defeat, capitalism is cast off without a second thought.

It is not really so much about the loss of prosperity that comes from central planning, though there will without question be a loss of prosperity as the Obamacare philosophy slowly ebbs its way into every corner of the marketplace.

If we are to subsidize health insurance, why not food? Or water? Or housing?

You may respond, yes, but we already do that. You are right we have subsidized, for the poor, food and housing, but we didn’t, until now, attempt to subsidize a market item for all.

With this bill, Senate Republicans declare they have overcome Hayek’s protestations about the pretense of knowledge — the idea that no central planner can know enough to engineer an economy successfully.

With this bill, Senate Republicans declare they have the knowledge to determine and correct prices for millions of Americans who purchase health insurance. Pretense? You bet it is.

Markets are incredibly complex interactions between millions of people in a nearly simultaneous bazaar of trading. No one man or woman possesses that knowledge, so anyone who sets or attempts to set prices for health insurance is doomed to fail.

And mark my words, this Senate Healthcare bill will fail just as its twin Obamacare has, for they suffer from the same pretense of knowledge. No one is smart enough to plan even the simplest of marketplace prices — no matter how much data is available.

The Soviet Union failed for one simple reason: they could not determine the correct price of bread. Instead of allowing demand to intersect with supply to distribute the greatest amount of bread to the most amount of people, the Soviets decided upon a moral price as determined by a dictatorship of the proletariat.

The people, though, learned quickly. Without even knowing of Friedrich Hayek’s pretense of knowledge they learned that an abundance of bread existed whenever and wherever the black market or freedom existed. Because the black market was that place where demand met supply, and prices were democratically determined by capitalism.

Some estimate more than a third of the Soviet GDP came from the freedom of black markets.

All of the contortions in this bill to “lower premiums” and “manipulate prices” are pretensions of knowledge that will create another set of distortions.

In fact, the giant Insurance Bailout Superfund is an explicit acknowledgment that the death spiral of Obamacare will continue with this bill.

The insurance bailout is necessary because it subsidizes the death spiral. Comforted? Not me.

America is great because of freedom. Our prosperity came from freeing up producers to sell whatever they wanted at a market price to whomever chose voluntarily to buy it. That system made us the richest, most productive, most humanitarian nation ever in the history of man.

Central planning and price manipulation never work. This bill perpetuates the central planning of Obamacare, albeit more along the lines of German national socialism than the Soviet model.

This year the deficit will be $500 billion. Next year, the deficit is expected to be $1 trillion. Republicans who tell you this bill will reduce the deficit are selling you a bill of goods, using Washington math.

Mark my words, the deficit will continue to rise year after year and is made worse by this monstrous bill.

Health care will get worse, not better, and the GOP will own the results.