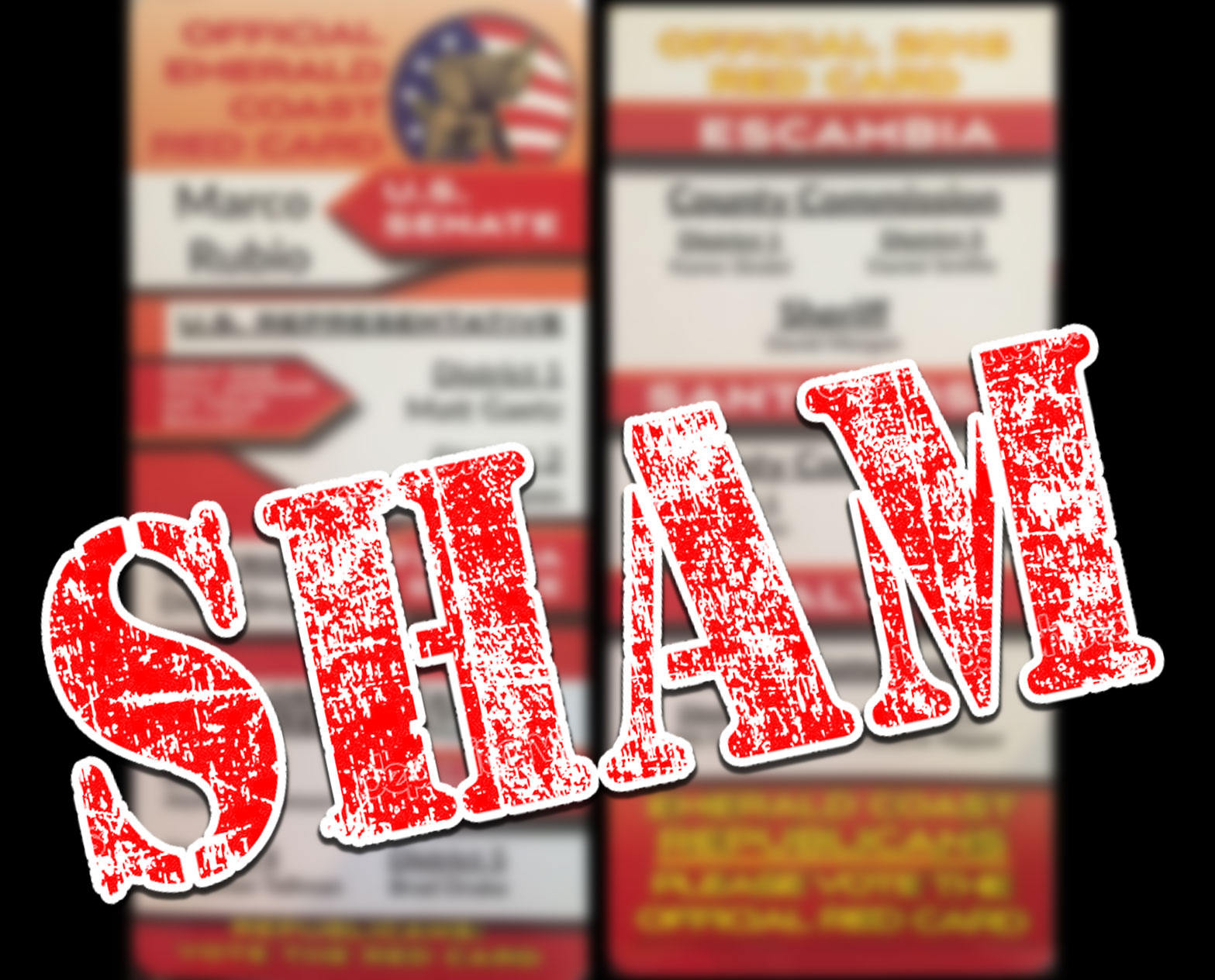 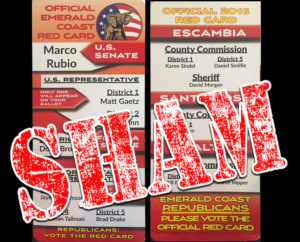 With less than a week to go in the primary and the dirty tricks just keep on coming.

Titled “the red card,” the card seems to suggest that the candidates listed are “officially” endorsed by an “official” Republican organization called “Emerald Coast Republicans”. The problem is that there is no organization by that name registered in with the Florida Elections Commission.

The concept is simple. Produce a list of well known names. Include Matt Gaetz as an official choice of the mystery organization that sounds like one the voters might want to associate with and BOOM everyone thinks that they should vote for all of the people on the card, including the guys whose PAC paid for the whole thing.

Small print at the bottom of the page indicates that the card was paid for by North Florida Neighbors, the federal super PAC supporting Gaetz that was the recipient of a large donation that was characterized buy the Division of Elections as an “invalid expenditure”.

The Gaetz campaign has is no stranger to sham endorsements. At one of the early campaign forums, Matt Gaetz claimed to have the endorsement of Sheriff David Morgan. An hour later, Sheriff Morgan took to Facebook to immediately say that he had not endorsed any candidate for Congress. Which leads one to believe that Gaetz probably did not have the written approval that state election law requires a candidate to get before an endorsement like this is advertised.

It boggles the mind to wonder why Gaetz, an attorney, would claim an endorsement that he could not corroborate and apparently did not have the required documentation to support, but with his statement going out live on the radio and the Sheriff’s retraction going out in just on the Sheriff’s personal Facebook page, it is fairly certain that more people heard the statement than read the retraction.

Of course, since these things involve a Gaetz, it is doubtful that anything will come of either event.

Previous: VIEWPOINT: Polluters sue for right to dump more toxins in Florida waters
Next: How the Gaetz family brought gay adoption to Florida.