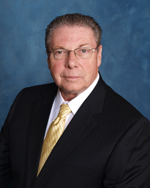 The inquiry was prompted by a complaint from Escambia resident Clark Yates after Panhandle Politico reported that thousands earmarked for crime prevention have been donated by Sheriff David Morgan to nonprofits whose primary missions are unrelated to law enforcement.

LETF money must be used for school resource officer, crime prevention, safe neighborhood, drug abuse education, or drug prevention programs or such other law enforcement purposes as the board of county commissioners or governing body of the municipality deems appropriate, per Florida law.

From the Florida Statutes 932.7055(5)(a) … Such proceeds and interest earned therefrom shall be used for school resource officer, crime prevention, safe neighborhood, drug abuse education and prevention programs, or for other law enforcement purposes, which include defraying the cost of protracted or complex investigations, providing additional equipment or expertise, purchasing automated external defibrillators for use in law enforcement vehicles, and providing matching funds to obtain federal grants…

The SA report said that Florida law requiring follow-up accountings of where the money went had not been followed.

It further notes that Sheriff’s Office “justification statements” provided by nonprofits requesting the money did not require those groups to detail how their programs meet the approved purposes outlined in Statute.

The County Commission holds final responsibility for final LETF spending approval, per Attorney General opinions, according to the SA report.

The State Attorney’s office concluded that there was insufficient evidence to establish any crime was committed.  It recommended that the Commission individually review future requests; and that donation applications detail how the expenditure will conform to Florida law.