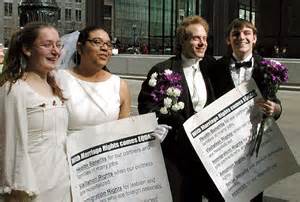 ( Authors note: The opinions expressed in this piece are mine and not the opinions of the Panhandle Politico or it’s editors. Please feel free to aim your slings and arrows directly at me.)

One of my favorite anecdotes in both literature and history involves the writers Henry David Thoreau and Nathaniel Hawthorn. It was in the middle of the Mexican American war. Thoreau was against the war, as a conscientious objector he decided that he would not pay his property taxes because he didn’t want to support the war. The local authorities arrested him and put him in the local stockade. Upon hearing of Thoreau’s incarceration, his good friend and fellow pacifist Hawthorn rushed to see him. Hawthorn entered the stockade and saw his good friend and exclaimed,” Henry what are you doing in here.” Thoreau looked at him and replied “The question my friend isn’t why I am in here, but why are you out there.”

Sometimes standing up for what we believe in comes with a price. It isn’t always a jail cell that waits. Sometimes we are afraid of losing respect from someone, or being ostracized by all society. Sometimes we could lose our jobs or face ruining our careers.

We all deal with conflicts of interest every day. The issues might not come down to degradation of self or loss of freedom of self like the one that faced Thoreau. Not many of us would face down the federal government and be thrown in chains for what we believe. We sometimes will only state an opinion when we feel safe, when we know those around us agree.

Marriage equality is an issue such as this. I have always personally supported it, but because of my political ambitions I have hidden my support to all but a few individuals. My support of marriage equality comes from my belief that allowing one person to make a contract with an individual and not another based solely on gender violates section 1 of the 14th amendment.

A law that states that I cannot enter into a contract with another man based only on my gender denies me equal protection. Once upon a time there were laws that prohibited people to marry outside their own race. We know see this as an injustice.

People that know me know I am not gay. Then the question may be asked; why do I even care. I believe that we cannot allow our government to create an injustice upon any group of people. When we allow a slide away from freedom and equality, that slide could become an avalanche. American government, through legislation and judicial ruling follows precedent. We cannot set precedent for repelling freedom.

Anti Gay marriage laws like all laws that have a negative impact on rights, laws that limit people’s freedoms for no reason other than a majority or even minority opinion, cannot be allowed. We have many historical incidences of anti-person laws that were supported by majorities. At no time in history have these laws led to a better life for anyone. Jim Crow and segregation in the U.S., Anti Jew laws in Germany are just the obvious examples. Many people at the time thought all these laws seemed like a good idea. In hindsight all had disastrous consequences for both the people and the governments that supported them.

The old saying is true, “Those that do not study history, are doomed to repeat it.  It is time that we decide if we are like Thoreau, willing to face the stockade, or like Hawthorn, willing to be silent.

Previous: POLITICOS RAGE AGAINST THE MACHINE — IN FUN
Next: Taking a Look at Adrian Wyllie