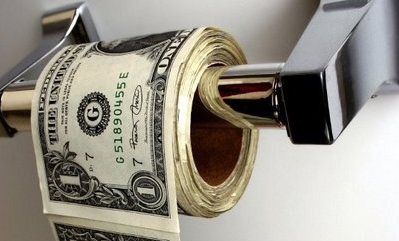 $1.5 million went to study fish on a treadmill

Washington, D.C. – U.S. Sen. Jeff Flake (R-Ariz.), January 10, released Wastebook: PORKémon Go, highlighting 50 examples of outrageous and wasteful federal spending amounting to more than $5 billion. This is Flake’s second edition of the Wastebook series, started by retired Sen. Tom Coburn (R-Okla.). Among the 50 examples of egregious federal spending uncovered in Flake’s 2017 report are a program that accepts peanuts for loan repayments, a computer that binge-watches Desperate Housewives, and a study into what happens when you put a fish on a treadmill.

To help combat some of the wasteful spending featured in the report, Flake will introduce the Stop Paying U.S. in Peanuts Act to end the nutty program that allows federal loans to be repaid in peanuts.

Flake will also be reintroducing legislation to permanently prohibit the practice of earmarking.

“Government boondoggles come in all shapes and sizes and pop up just about everywhere,” said Flake. “Hopefully this report will be a guide to catch egregious spending lurking in the federal budget.”