Well with the time for the general campaign in full swing, it seems as though the excitement in local politics has not slowed down with the recent arrest of two campaign workers of the Mark Taylor campaign as he is trying to unseat current incumbent Brian Spencer in Pensacola City Council District 6.

With a campaign built on integrity and with a slogan “A Strong Voice for You” Taylor is more than shocked of the revelations of the allegations of his two capping workers. 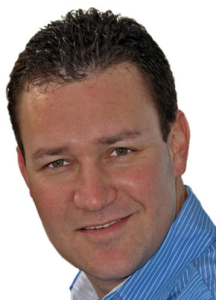 Below is an apology Taylor released early this morning:

“I am still shocked by the revelation of these stolen signs, whether a misunderstanding occurred or not. I have never stolen anything in my life and it was not a Christian thing to do. I disagree with the decisions made by these two volunteers and apologize to both Ms. Barberi and Brian Spencer. I have already made a contribution to Brian Spencer to cover the cost of the three signs reported stolen. This campaign will not be won on immature political games and this is a distraction from the bigger issues facing the City. I appreciate the passion of my supporters, but it is paramount that we show respect to all candidates and especially the voters, regardless of who they support.”

Now here is a copy of the Pensacola Police Report regarding the incident and can be found by CLICKING HERE.

Two Pensacola women were arrested this morning after an investigation determined they removed campaign signs from a yard.

On Saturday (Sept. 27) Doris Barberi of 201 S. Alcaniz St. gave permission for City Councilman Brian Spencer, who is seeking re-election in District 6, to place a political sign in her yard. Barberi left her home and when she returned, the sign was gone.

On Sunday, Barberi contacted Spencer and asked him to bring her another sign. He responded with three signs – two of which were placed outside her fence and one that was placed about 20 feet inside her fenced area. Again, Barberi left home and when she returned, the signs were missing.

Sunday afternoon, Labarge contacted Mark Thornton, the owner of the Happy Pig restaurant, 200 S. Alcaniz St., and asked why there was a political banner for Spencer on the front of the business. After causing a disturbance in the restaurant, Labarge left.

A short time later Thornton and two restaurant employees saw Labarge remove Spencer’s signs from Barberi’s yard and outside her fence and hand them to Regan. The signs were dismantled and bent before Labarge and Regan left the area.

Regan and Labarge both turned themselves in to the Escambia County Jail on the outstanding warrants before noon today.

I would definitely stay tuned to this story as there are several strange parts of the story that are yet to be told.