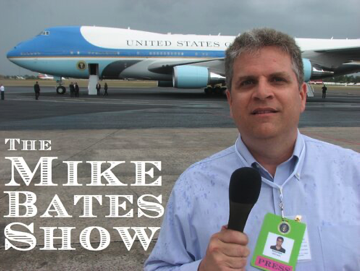 In the macro sense of trying to preserve our nation, my radio program today was probably the most important program I’ve done in 41 years of being on the air.

I described how the government of a free republic derives its power from the consent of the governed, and why THAT is the reason Trump’s voters are so angry about the disputed results of the 2020 election. And I did it far more articulately than Donald Trump could ever do.

If you want to prevent a violent revolution in this country, I encourage you to listen to it. Even if you hate Donald Trump (which is understandable ’cause he’s kind of a dick), the program will reveal why 82% of his supporters refuse to accept Biden’s victory as legitimate.* And that reason is not due to proven fraud.

I also explained who is to blame for Wednesday’s breach of The Capitol Building in Washington.The critical segments are the first two. It would take you 25 minutes to listen to them both at www.TheMikeBatesShow.com/podcasts/210109

The 3rd and 4th segments consist of an interview with Sam Mullins who was at The Capitol during Wednesday’s protest. I post links to the more interesting episodes of my radio, so you can listen if the topic also interests you.

But I am ASKING you to listen to the first half of this one. And if you then think the content is valuable – note that I didn’t say “if you agree with the content” – please share it.

Because it presents a perspective that is not being told anywhere else in the media, it would help bridge the chasm of misunderstanding that is fueling so much hatred in America. We don’t all need to agree with each other.

But we do need clarity and understanding of each other’s perspectives. We can never have unity without it.

* Information about the poll that found 82% of Trump voters do not believe Joe Biden is the legitimate winner can be read at https://www.cbsnews.com/…/cbs-news-poll-most-feel…/www.TheMikeBatesShow.com/podcasts/210109

Previous: The Day Everyone Was Disgraced…
Next: Valentino Discusses Capitol Chaos