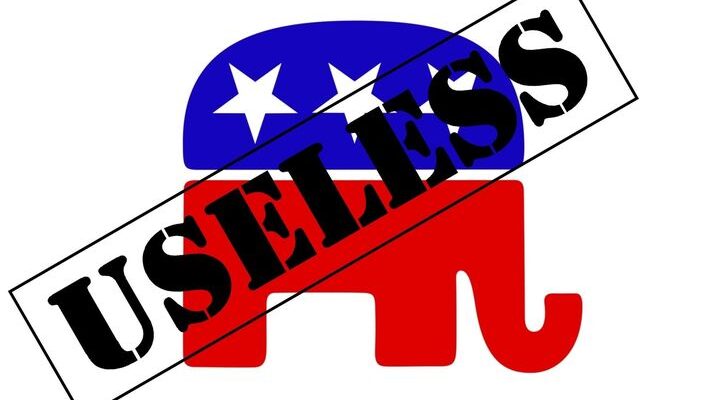 It is indisputable that Joe Biden did not win the election lawfully. But most Republicans are spineless cowards who are willing to accept the theft of the very foundation of a free republic; the sacred right of the people to legitimately choose their leaders at the ballot box. Even the handful of Republicans in the House and Senate who have said they will challenge electors during the January 6th tabulation of Electoral College votes are just pandering to their vocal constituents and will do absolutely nothing to prevent Biden’s inauguration. Their challenge scheme will only delay Biden’s majority vote by a few hours.The brutal truth is that the ONLY way Biden doesn’t get inaugurated on January 20th is if the U.S. Supreme Court invalidates the certified election results in the six states that conducted their elections in an unconstitutional manner (Pennsylvania, Wisconsin, Michigan, Georgia, California, and New Jersey) and disqualified their electors to the Electoral College. Such a ruling would allow those state legislatures to choose new electors, in which case Trump/Pence would win.

If for any reason the state legislatures failed to do so, then the U.S. House of Representatives would choose the President, and the U.S. Senate would choose the Vice President. Trump/Pence would be reelected in that scenario also.IN ANY OTHER SCENARIO, INCLUDING GOP SENATORS AND REPRESENTATIVES OBJECTING TO SOME ELECTORS DURING THE TABULATION ON JANUARY 6TH, Joe Biden and Kamala Harris will be inaugurated. Even if EVERY REPUBLICAN in the House and Senate objected to Biden’s illegally obtained electors, Biden/Harris would still win because electors are only rejected if BOTH congressional bodies agree to reject them.

And the Democrat majority in the House would never vote to reject any illegally obtained Biden electors no matter how certain they were of the illegality of the elections that resulted in their selection. The ONLY way to remedy this stolen election is for the Supreme Court to rule in favor of the Constitution. But they have simply dismissed all such cases without hearing any evidence whatsoever. I understand why Justices Breyer, Kagan, and Sotomayor don’t care about our Constitution.

They are extreme Leftists who hold no principles other than total partisan victory at all costs. Why Chief Justice Roberts is abrogating his oath of office and his responsibility to the Constitution is a bit murkier. The unproven allegations that he has been blackmailed would explain it, but absent confirmation of it, I will not state that reason as certain. But five justices (Thomas, Alito, Gorsuch, Kavanaugh, and Barrett) could force a case before the Court over the Chief Justice’s objection. It is inexcusable that they haven’t.It’s disgraceful. And it’s dangerous. Because the Court’s refusal to do its duty is an affirmation that a state may violate its Constitution and the Constitution of the United States with impunity; and that election laws may be violated by officials any time they want with no repercussions whatsoever. And a constitutional republic cannot survive that.And of course, the propaganda press isn’t even reporting the fact that so much evidence of malfeasance has been discovered. But it is not necessary to prove fraud to justify invalidating the election. Constitutional violations are sufficient even if there was no fraud.

If you’re interested in what those constitutional violations are, they are listed at www.TheMikeBatesShow.com/blog/201214-1104So far, the Supreme Court has refused to do their job and even hear a single shred of evidence. Their dereliction of duty is disgraceful. And so is every Senator and Representative who refuses to abide by their oaths and uphold the rule of law.Why are Democrats so afraid of every effort to ensure the accuracy and integrity of the 2020 election??? I would think the Democrats would welcome any investigation if they really believed there was no malfeasance.

Wouldn’t you want the legitimacy of a Biden victory to be confirmed with absolute certainty? I would. But if charges of election malfeasance are not investigated properly IN COURT, there will always be doubt. And that doubt is what would undermine our Republic; not the pursuit of the truth. I will never accept Joe Biden as the legitimate President of the United States unless the Supreme Court agrees to hear the evidence that this election was tainted and issues a detailed opinion explaining their decision. Although I can’t imagine any valid defense to the unconstitutional elections that occurred in at least six states, if the Supreme Court validates it, so be it.

That’s our system. But to refuse to rule on the evidence is inexcusable. And it will hasten the demise of our Republic. www.TheMikeBatesShow.com/blog/210103-1530

Previous: Trump Did Not Commit Voter Fraud
Next: The Day Everyone Was Disgraced…