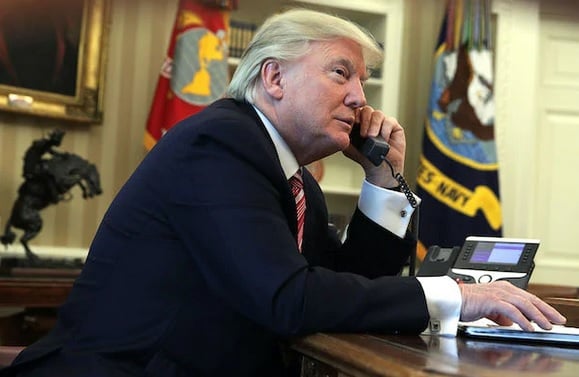 “No, Donald Trump did NOT ask Georgia’s Secretary of State to commit election fraud,” says Mike Bates. Bates told Panhandle Politico that unless someone has listened to the entire 62 minute phone call, they have no clue what President Trump said because the news media has only reported a small fraction of the call and grossly misrepresented what was said in it.

Bates listened to the entire phone call and wrote about its content at www.TheMikeBatesShow.com/blog/210104-1018An excerpt from Bates’ post: “Near the end of the call, President summed up what he wants done with, ‘Brad, we just want the truth. It’s simple. And everyone’s gonna look very good if the truth comes out. That’s OK. It’ll take a little while. But let the truth come out.’ Have you seen that anywhere in the fake news? No, of course not. Instead you’ve heard that Trump asked Georgia’s Secretary of State Brad Raffensperger to commit election fraud, which is a total and complete lie.

Trump never even came close to doing that.”He included a link to a recording of the full call in his post at www.TheMikeBatesShow.com/blog/210104-1018

Previous: Votes Did Not Add Up in Wayne County, MI
Next: Refusing Evidence is Unacceptable