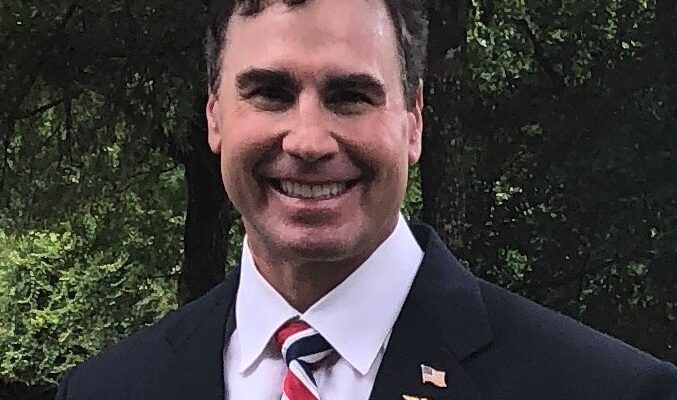 Trump, Biden…Good Dad, Bad DadToday’s children are growing up in times very different than when I was young. Political parties have never been father apart ideologically. Truth is subverted while our history, traditions and freedoms are subjected to vicious attacks from the radical left. The nation teeters on a socialist disaster that may only be averted by a Trump re-election. Yet in the midst of the chaos there remains some fundamental truths about what makes a good dad. First, good dads are present. America’s problems are due in no small part to the prevalence of absentee fathers.

Good dads mentor, planting the seeds of wisdom gained over a lifetime into the fertile soil of young minds. Good dads are spiritual leaders, training their children up in the way they should go with the promise that when they grow old, they will not depart from it, or literally the training will not depart from them (Proverbs 22:6). Above all, good dads love. That is the greatest gift and make no mistake, love is synonymous with discipline. They say children are off limits in politics. Of course, I have never said that, nor do I agree.

Truth is children can paint quite a clear and detailed picture especially as it relates to the fathers and there is a stark difference between the children of Donald Trump and Joe Biden.

The same cannot be said of the Biden children. But why go after Biden’s kids when after all they are not the one’s seeking public office? Very simply, it goes to judgement – Joe Biden’s judgement. Beyond the idea that his family looks more like an international crime syndicate headed by wannabe goodfella Joe Biden, aka Joey the Mask, his son’s substance abuse problem was no secret. The fact that he was thrown out of the Navy after testing positive for cocaine hardly measures the magnitude of Hunter’s problems.

To put it bluntly, many call the guy a crackhead and Joe Biden knew firsthand the extent of his son’s addiction. His brilliant solution? Use the power, influence and access of the Vice-Presidency to pave the way for his son to make millions and millions of dollars. We have a word for that. Yes, stupidity but I mean enablement. He knows his son has a serious substance abuse problem, yet it never occurs to him that maybe, just maybe, granting him access to millions of dollars to do nothing, while struggling to stay off drugs, might be a bad idea.

And to think America and the free world could be subjected to this kind of judgment.There are many reasons to re-elect Donald Trump. His domestic policy is pro-growth. His foreign policy is pro-America, and he has been the most effective Commander-in-Chief in my lifetime.

But to those outside the woke world of politics and fiscal policy, consider the very basics of our nation. As parents we are raising America’s future and shaping what is to come. This is perhaps the most important job we do, and we have a right to judge what kind of job they have done. The past gets to the core of what lies ahead.

So, we have a right to ask. Good dad, bad dad…and the choice, once again, could not be clearer.

Previous: Fake News by Mike Bates
Next: Trump is Leading in Florida