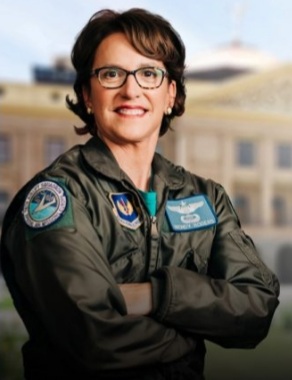 Home » National » “It is all going to happen and this is real:” AZ senator reaffirms Maricopa County 2020 election audit plus “more information” in the pipeline

A long-awaited forensic audit of Maricopa County, Arizona’s 2020 presidential election results will drop after due process, the State Senator who has helped spearhead the process said Sunday.

In a tweet that was also released on Telegram (screenshot below) retired Air Force C-141 pilot and Arizona District 6 Senator Lt. Col. Wendy Rogers says other information is also forthcoming, and encouraged people to keep the faith and fight for audits in their own states.

Senator Rogers also tweeted “We must prosecute and try people for treason, and punish them accordingly. “

The audit was largely completed last month except for a forensic examination of internet routers which County Supervisors have refused to provide despite a Senate subpoena. Auditors say the routers would reveal any outside vote fraud conducted through the internet.

Arizona Attorney General Mark Brnovich, last month, notified the County that it is violating the law by ignoring the subpoena. Brnovich ordered the County to provide the equipment by September 27 or lose some $700 million in funding. That number is about a third of Maricopa County’s budget, per an August 26 Washington Examiner report.

Current president Joe Biden allegedly won the state by 10,457 votes, per the Examiner.

Previous: Statement by Donald J. Trump, 45th President of the United States
Next: With COVID Staying Center Stage – DeSantis’ Handling of the Pandemic is Cutting Deep with Likely Voters