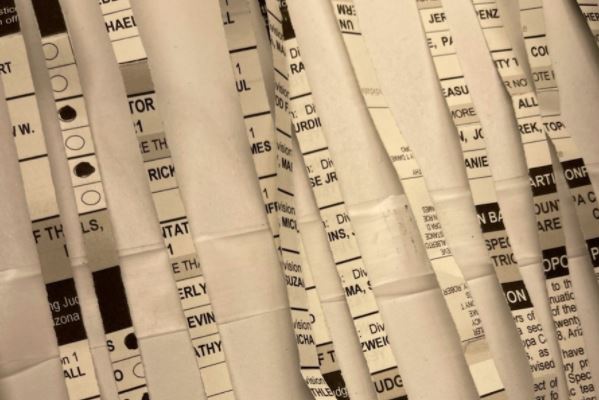 Panhandle Politico will provide a livestream link before the event.

Rogers urged Americans to be vigilant against efforts to distract from the coming results, noting: “The audit is coming out so look for distractions, false flags, disruptors, fake news, disinfo, Antifa, BLM, and anything else the deep state will try to derail this release.”

State Senators were set to receive the 4-volume report over the weekend, per Finchem, who expects a public hearing shortly thereafter.

The audit began April 23. It’s being conducted by CyberNinjas, a Florida-based cybersecurity firm. Arizona’s GOP led State Senate commissioned it, but funding has been supplemented by outside organizations.

The audit, per The America Project which funded a portion, includes:

*A full forensic audit of the all-Election Management System (EMS) Servers, EMS Clients, precinct tabulators, and adjudication machines including all storage media;
*A full hand recount of the ballots, including a scanning of all ballots, and a forensic paper review of all paper utilized; and
*Comparison to confirm that all of the tallies from all stages of the voting results match, and are consistent with the officially reported and certified results.
*Videostreaming of proceedings to ensure transparency.

County officials refused to hand over routers, despite subpoena

The audit was largely completed last month except for a forensic examination of internet routers which County Supervisors have refused to provide despite a Senate subpoena. Auditors say the routers would reveal any outside vote fraud conducted through the internet.

Arizona Attorney General Mark Brnovich, last month, notified the County that it is violating the law by ignoring the subpoena. Brnovich ordered the County to provide the equipment by September 27 or lose some $700 million in funding.

The next day, per the report, citizens found shredded ballots in dumpsters outside the facility.

In addition to ballot and digital analysis, the audit was originally slated to conduct a door-to-door canvass to manually verify 2020 voter history files are accurate and match who voted.

But Senate organizers backed off after the U.S. Civil Rights Division of the Justice Department, May 5, issued a letter suggesting it might violate minority voter rights.

Canvassers do not ask voters who they voted for.

An unaffiliated door-to-door canvass, conducted by volunteers, was spearheaded by Maricopa County realtor and 2020 candidate for State House, Liz Harris.

Canvassers did not ask who participants voted for.

Per the independent canvass report

Canvass organizers estimate those numbers could extrapolate to some 165,000 to 180,000 missing or stolen votes.

County records say 2,897 of the people canvassers spoke to voted by mail. But 164 of those were identified by the resident at the address as unknown to them or having moved prior to the election.

That represents 5.6% of the 2,897 mail-in ballots canvassers checked in person.

Organizers estimate that extrapolates to between 70,000 and 121,000 fraudulant mail-in ballots cast.

The canvass covered one full precinct, 3 partial precincts, and parts of other precincts.