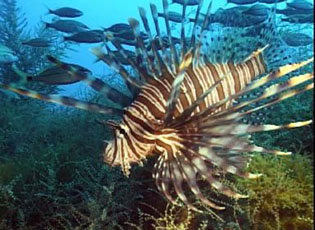 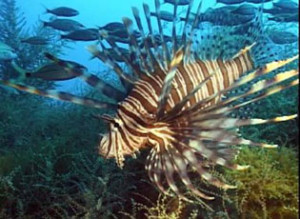 Florida Senator Marco Rubio comes up with some doozies and he is at it again. He is the sponsor of a bill on behalf of the shipping industry that would remove ballast water discharges from the Clean Water Act and pre-empt all state regulation of ballast water. It would also eliminate NOAA’s jurisdiction under the National Marine Sanctuaries Act.

This is the last thing we need right now when invasive species are moving freely around the globe and causing major damage to our waters, such as the Gulf of Mexico and Atlantic Ocean.

Please read the short comment letter (thank you Nina Bell for providing it) and let me know if your group can sign on. Having Florida groups is especially important since Rubio is the sponsor. Individuals and businesses can sign on as part of a group, so if you have any group affiliations and can get their approval, then please do. They don’t have to be environmental groups – any group will work!!!

We have to get the list of signees back to Nina by the 22nd, so please take action ASAP. Thank you in advance for lending your support to this important issue.

For all of Florida’s waters,

On behalf of our millions of members and supporters, we are writing to express our strong opposition to the Vessel Incidental Discharge Act of 2015 (S. 373). The Act undermines the nation’s ability to solve the aquatic invasive species crisis. It throws away the most effective tool we have—the Clean Water Act—for preventing the introduction of aquatic invasive species from ballast water discharges. And it leaves U.S. waters vulnerable to future invasions, whose multi-billion-dollar costs will be paid for by U.S. taxpayers, communities, businesses, and industries. At a time when the nation needs stringent protections from new ballast water invaders, this bill leaves the door wide open to more environmental and economic devastation.

Aquatic invasive species cost this country billions of dollars annually—from damage to the infrastructure for public water supplies, industry, and energy generation systems to the devastation of commercial and recreational fisheries. Invasive species have also caused irreversible environmental harm to coastal and inland waters, including the Great Lakes, Chesapeake Bay, San Francisco Bay, and the Gulf of Mexico.

The ballast water discharged from ships is widely recognized as a major pathway for the introduction and spread of aquatic invasive species. One example is the zebra mussel, which has wreaked economic and environmental havoc. Introduced to the Great Lakes in ballast water discharges, zebra mussels have upended the Great Lakes ecosystem—fueling rampant and sometimes toxic algae growth, collapsing native fisheries, and destroying recreation. It took only 10 years for the zebra mussel to spread into the Mississippi, Tennessee, Hudson, and Ohio river basins and since then it has moved into California, Nevada, Colorado, and Utah.

Instead of protecting U.S. waters from further expensive and dangerous invasions, S. 373 moves us backwards, away from the responsible management of ballast water discharges. It removes the authority of the Clean Water Act over ship discharges and preempts states’ rights to protect their waters. And it freezes in place measures that will be ineffective at both preventing new invasions and slowing the spread of extant invasive species.

S. 373 would give the shipping industry preferential treatment that no other industry receives—an exemption from the Clean Water Act and other laws passed by Congress. Such an exemption would have many negative effects on our current approach to protecting the nation’s waters from invasive species, including:

∙           exempting ballast water discharges from Clean Water Act permits that must be renewed every five years to give states, EPA, and the public an opportunity to re-evaluate treatment levels, monitoring results, and compliance;

∙           eliminating the Clean Water Act’s focus on ensuring water quality sufficient to protect public health, native species, and the use of waters for municipal and industrial purposes; and

Not only would S. 373 strip ballast water discharges from coverage under the Clean Water Act, but the bill would block the future adoption of more protective discharge standards. Although prescribed standards in S. 373 are so weak that some ships can meet them with no treatment whatsoever, the bill would prohibit revision of those standards for at least seven years. Further, Section 5 of the bill virtually assures that those standards would remain unchanged for a much longer time, if not forever, as it only allows the Coast Guard to improve ballast water treatment standards if it can prove that doing so would result in a “scientifically demonstrable and substantial reduction in the risk of introduction or establishment” of invasive species. The National Research Council concluded in 2011 that meeting this level of scientific certainty in assessing the risks of invasive species is impossible. And, even if the Coast Guard were to revise the treatment standards, Section 6 of the bill would allow ships to continue using outdated treatment systems for an indefinite period.

Some key waters are singled out by S. 373 to receive no invasive species protection whatsoever.   Section 7 would completely eliminate ballast water treatment requirements for vessels operating within a “geographically limited area.” Despite clear evidence that ships transfer and spread invasive species from one U.S. port to another, S. 373 would completely exempt ships that operate within the Great Lakes from treatment technology. This section would also exempt vessels that operate exclusively within one Captain of the Port (COTP) Zone, which could result in ballast water laden with invasive species to be transferred, without treatment, to pristine areas without invasive species.

Last, S. 373 preempts the role of states in controlling ballast water, both directly through state laws and through their authority under section 401 of the Clean Water Act. Despite their essential role in addressing this national economic and environmental catastrophe, S. 373 establishes virtually prohibitive obstacles to state adoption or enforcement of existing and new laws or programs to control ship discharges.

As a whole, the provisions of S. 373 would enshrine a regulatory scheme that places the economic burden associated with invasive species on the nation’s taxpayers rather than on the international shipping industry that is responsible for bringing those species to our nation’s waters.

For these reasons, we strongly oppose S. 373.