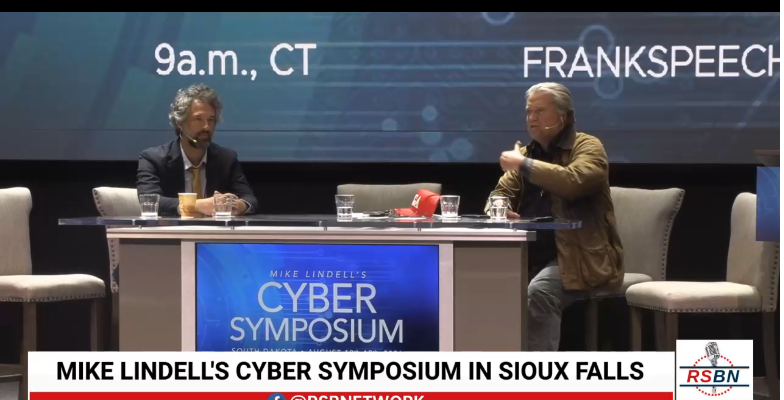 Mike Lindell has spent millions of his own money to bypass media censors and bring information about what many have suspected is nationwide, organized election fraud directly to the people.

Lindell kicked off his Sioux Falls, South Dakota Cyber Symposium this morning at frankspeech.com and lindelltv.com. The event was hacked and broadcast halted almost instantly, but Lindell got it back online in less than an hour, after several backup systems were activated, he noted.

Lindell said the event is designed to bypass mainstream media groups and brings Lindell’s evidence directly to the people.

Guest speaker and physicist Dr. Douglas Frank presented analysis of each state’s voter registration and voting data that indicates each state’s demographic groups were represented in identical proportions in every county, a seeming statistical impossibility. The data lines parallel 2010 census numbers, Frank pointed out, suggesting that a computer algorithm based on those statistics was designed to fake votes nationwide.

Lindell said there will be a major announcement at 7 p.m. tonight.

Right Side Broadcasting Network is also live streaming the event at rsbn.com or their Rumble site: https://rumble.com/embed/vffilv/?pub=4