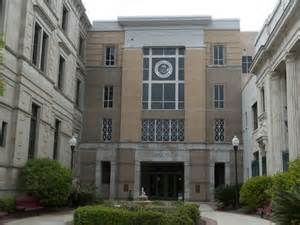 Politics is a dirty, dirty business. We have all watched the movies, espionage, bribery, blackmail, physical intimidation, assassinations; all are part of playing political hardball in Hollywood. We hear stories locally all the time. We all still wonder if Willy really took the poison. We know we have had a bribery problem in local politics for a long time, whether it is contract kickbacks or collard pots full of cash. We think these things go on all time, we publicly joke about them at the same time we secretly wish they were not as common place as they are and subconsciously convince ourselves they cannot be, least we drive ourselves insane dwelling on it.

Having recently been in the ring, I have heard a lot of political antics. Whether they are rumor or true, they need some investigation. I recently heard a recording of an elected official threatening another elected official. The actual statement was “if you fight me on this, you better get your flak jacket and helmet; there will be blood in the water.”

The funny thing is the threatening official threw all his weight behind a candidate whose only real platform is returning civility to the government. This same candidate who believes that civility needs to be restored to government once bragged to me that he helped raise funds to run personal attack ads against the before mentioned threatened candidate. You know what they say about glass houses. I was also told that the threatening official was using government paid staff to follow and harass the threatened official.

I heard the other day that a candidate who recently won a primary, but still had over 6 weeks to the general election, took a trip to both Tallahassee and the County Courthouse and demanded that his all his primary opponents projects be put on hold. Mind you because of his party and any lack of public interest into really vetting any candidate by either voters or media this person stands a good chance to win, but we still have a process. His primary opponent holds office for another two months and there is a little matter of an election.

We like to cry foul over dirty politics yet we allow those who play dirty to win over and over again. We have a state rep that has done nothing put tear down his opponents, negative attack after negative attack, ruining good people’s reputations and we don’t just look past it, we don’t look at all.  We actually reward this behavior with election victory. During the past campaign people blindly followed a voice of civility that was hollow. How do you claim people over politics when your whole campaign is based on personality conflict? A lot of dirty things happened. Anonymous mailers and phone calls are wrong, yet the information they contained should have been questioned.

Was the Republican primary really a fight between the sheriff and Valentino?

Did I disagree with Valentino on many issues? Yes.

Did I disagree with with his focus on Perdido key and out of state developers? Yes.

Do I believe anyone was better than Valentino? No.

Our sheriff has too much to contend with in his own office to be playing kingmaker in other offices.

We have a backlog of burglary cases that haven’t yet made it to investigators. We have to many open homicides. The customer service out of the sheriff’s office is atrocious. Instances like the Middleton shooting have us a breath away from becoming the next Fergusson, and our sheriff is busy playing politics; doing photo ops and campaign commercials.  If he believes that he needs to protect his position, he should do more to protect the public.

We cannot be blind or deaf; unfortunately those responsible for being our eyes and ears have failed us. The news outlets are close to benign neglect when it comes to issues in the area. It takes mass protest and blood before they will report it. The local paper actually ignored whole hat the democratic primary. The paper did a piece on the district two commission candidates and only mentioned half of them. When called out for this they gave the excuse they didn’t have the time or man power available to cover the whole race.

Politics in Escambia is a dirty, dirty affair. The only way to clean it up is to clean it out. Maybe if we vote them all out and start again, paying attention and rewarding those with idea’s and not negative attacks, we can eventually attract the kind of people into local politics that we all wish we could choose from. Till then you will only get die hard do-gooder with no experience and no support who loose and what we have always gotten. The same people that we continually complain about but somehow keep electing. Be informed, be involved keep your eyes open and dig a little.