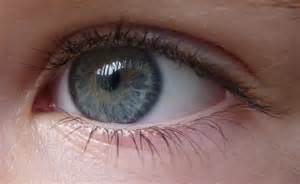 Home » Op-Ed » Are we really informed?

Are we really informed?

Are we so set on ideals that we forget about ideas? Are we so programmed to think one way that we ignore fact and trust any source that verifies our own opinion?

Recently an article has been making its way around the internet, posted on blog sites and facebook pages. You might have seen it.  Common Core 6th graders were taught sex-ed with a strap on. Here is a link if you haven’t. The article states that a teacher straps on a dildo and teaches 6th grade kids at Clinton Middle School in Jacksonville, Florida how to use it. There are a few problems with this story. The biggest of which is it is entirely untrue. There isn’t even a Clinton Middle school. The students that took this class were Canadian adults in an adult continuing education class in Canada.

This link is the search for Clinton Middle School. It doesn’t exist. The worse thing about blogs and stories like this is that those who post them don’t care if they are true. This is the actual post on comments from the story by the author after being called out for the untruth in the post. He repeats it over and over.

One person who posted this story on facebook, when told it wasn’t true just replied that even if it wasn’t they have done diligent research on the issue. When you post an article like this to support your viewpoint can we really trust your research?

Lies and propaganda don’t add anything to our political dialogue. Do we really want to win an argument based on lies and subterfuge, or do we want our political system to work on facts. Do we want legislation and law based on information that supports our viewpoint, whether or not that viewpoint might be valid?

We the voters need to be more vigilant. Just because you agree with a viewpoint expressed doesn’t mean that viewpoint is right, just because a story reinforces your ideas doesn’t make it true.

This is also a problem in political campaigns. We trust too much the information being put out by candidates and parties and do not do enough to form our own opinion. We have formed believes that somethings are and somethings aren’t.

Here is an example for you. Most people believe that republicans are the pro life party and democrats are the pro choice party. When Bob Casey who is now a U.S.Senator ran for governor of Pennsylvania he was adamantly pro life. His opponent, a republican was moderate and decidedly more pro choice. During exit polling when asked why voters choose to vote for the republican challenger, quite a few answered they always vote republican because republicans were prolife. Is this story true? Why don’t you check it out?