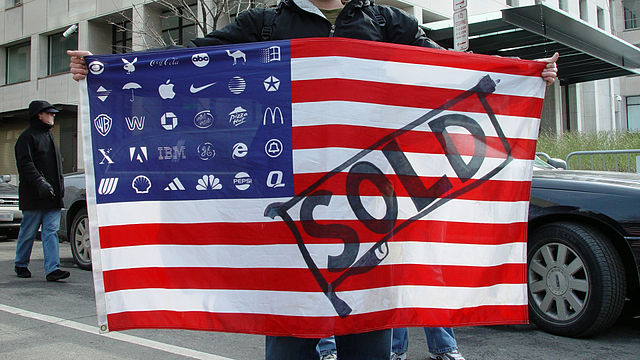 In suits at common law, where the value in controversy shall exceed twenty dollars, the right of trial by jury shall be preserved, and no fact tried by a jury, shall be otherwise reexamined in any court of the United States, than according to the rules of the common law.
Amendment VII, U.S. Constitution

What kind of American would sign away their basic rights for personal convenience?

As we know from countless email signatures with Ben Franklin’s quote attached, anybody who’d sacrifice liberty for security deserves neither.

But maybe it’s worth it. Does a job count as “security?” 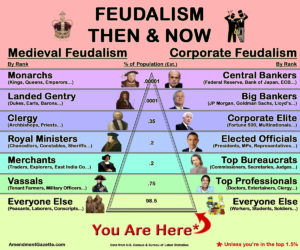 In fact, millions of Americans sacrifice a basic liberty every day as part of employment, consumer, insurance, investment, rental and other agreements. Namely, the right to due process in a court of law.

Instead, they get “forced arbitration.” The signer waives the right to a day in court in favor of a private tribunal if a disagreement arises.

Most of us have already signed our rights away, perhaps without even realizing it.

Sign on the dotted line please. If you get scammed, if your wages are shorted, if your new car’s engine dies, if your home’s faulty wiring causes a fire, if your credit card shows mysterious fees you didn’t authorize…the company will find somebody to work things out.

Typically, industry picks the arbitrator. There is no appeals process. Results are legally binding.

But don’t worry, how unfair could it be?

So unfair, apparently, that most companies refuse to be subjected to “forced arbitration” themselves.

When it comes to forced arbitration, it seems industry only wants to apply it to little people. In fact, some contracts allow the company to go to court, but not the consumer.

Which begs the question, if arbitration is such a wonderful alternative to lengthy court processes, as industry asserts; why does it need to be “mandatory” at all? Shouldn’t “the market” naturally favor it over inefficient government courts?

The coercion probably has something to do with the fact that consumers and employees tend to file fewer cases and win less often in arbitration hearings.

That includes military reservists fired for reporting to active duty then blocked from suing the normal, Constitutionally designed way.

More recently, it looks like customers in whose names Wells Fargo banking corporation opened thousands of accounts without permission, and then charged fees against, can’t sue either. Wonder if anybody’s credit rating was affected.

Wells Fargo is invoking the small print found in voluminous agreements of the sort nobody reads but everybody has to sign to open an account. Print that waives the right to file class action lawsuits.

That’s right – they’re using the agreement from the accounts consumers knew about to justify blocking lawsuits on the accounts they didn’t know about.

Could laws be changed to prevent customers from being forced to sign their rights away?

Of course, but only by anti-business Socialist moochers like the Consumer Financial Protection Bureau, who’ve proposed regulating forced arbitration on financial products.

The rule would prevent arbitration agreements from barring class action lawsuits, a step in the right direction that’s probably being pushed by trial lawyers, but it’s something.

A full ban on forced arbitration would require a change to Federal law. Just such a law: The Fairness in Arbitration Act, has been filed in every new Congressional session since 2007. Predictably, our shining elected industry lapdogs have let it die each time.

Then again, why pick on industry in a free market at all – surely banks and corporations and employers have the RIGHT to demand everybody else’s rights as part of payment for services rendered!

After all, nobody HAS to have jobs or credit cards or phones or cars. It’s a matter of individual choice! Put your money in a mattress and ride a bike! Quit your job and live off the land! Wallow in your freedom!

Just remember, when you’re arrested for trespassing and tossed in jail; before you sign anything…you might want to read the fine print.