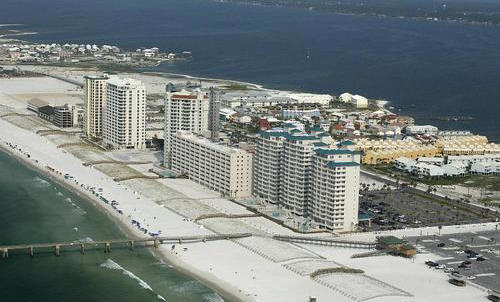 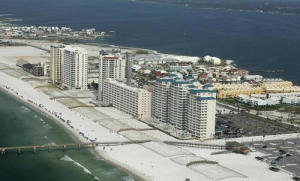 By Deborah Nelson
How much would a City of Navarre, population 42,300, cost to run?
About $200,000 more than the Town of Jay, according a study commissioned by the pro-incorporation PAC, Inc. Navarre.
The study predicts annual expenses between $1.2 and $1.4 million through 2020.  It says no extra property tax will be necessary (but wouldn’t hurt either).  Navarre will even be able to save money for a (very) rainy day. Good thing, since there are no immediate funds in the study budget for expenses like hurricane recovery, stormwater projects or capital improvements.
It all hinges on getting a couple million a year from the State in shared revenues; plus various local fees.
And spending a remarkably small amount on salaries and benefits (about $½ million) plus other expenses (legal services:  $75K; growth management: $50K, professional services: $50K; operating overhead: $129K; insurance: $75K; audit: $35K).
And saving $2.5 million a year on top of that for the aforementioned contingencies and capital reserves.
Are Inc. Navarre’s study numbers realistic?
In real-life comparison, last year, Jay (population 526) spent $1 million and change.  The City of Gulf Breeze (2010 population 5,763) spent over $15 million.
Then there’s the city Inc. Navarre’s own study used for comparison.  Bonita Springs has a similar population (in 2010:  43,914) and a Gulfside barrier island beach.
In 2013-2014, Bonita Springs spent $28.4 million.  A quarter of their revenue, about $5.5 million, came from property taxes.  Another 14 percent, about $3.2 million, came from a ½ cent sales tax.  Some 10%, about $2 million, came from licenses and permits.  About 5 percent came from state shared revenue.
State shared revenues are split according to a complicated formula that’s partially based on population numbers. So if Milton and Gulf Breeze grow, Navarre’s take will decrease.  It’s not a large number to begin with, since typically the bigger the population the more a city spends.  Except, it seems, in Inc. Navarre’s studyland where shared revenue can run most of a city…plus leave room for reserves.
Navarre incorporation proponents estimate it will only take 5 employees to handle the new city.  If real life is any predictor, those are going to be some hard working government employees…Bonita Springs employs 59 full time and 11 part time workers.  And that’s not even counting the Mayor and City Council salaries and benefits.
Read more on Bonita Springs’ budget at:  http://www.cityofbonitasprings.org/wp-content/uploads/2013/04/2013-2014-Budget.pdf
So why incorporate?
Bonita Springs incorporated in 1999 to escape a County special taxing district.  No such tax exists in Navarre (although it could if a newly incorporated City wanted it to…cities also have the power to set special assessment districts.  Just ask Pensacola’s Downtown Improvement Board).
The reasons for this latest incorporation push are vague.
Advocates discuss potential “grant” money (3 percent of Bonita Springs’ revenues last year) they’re missing out on.
They mention “controlling” their own government.  But according to the study, they’ll plan to contract all services except fire (which already exists with its own tax) and emergency from…Santa Rosa County!  For an undetermined fee!
Then there’s the issue of “identity.”  It’s not clear what that encompasses, so there’s no way to gauge what kind of void its absence creates.  But municipalities have historically coalesced to meet specific needs, namely, services that weren’t being provided.  If there are services not reaching Navarre, the feasibility study missed them.  Water, sewer, fire, roads, libraries…they’re all detailed in the study.  Along with the information that (a) the County will probably still provide them, some on a contract basis and (b) nobody knows how much that’ll cost.
At the end of the day, it’s not clear what anybody (except maybe future Town of Navarre employees) will get out of dismantling a system that already functions at a maximum economy of scale into smaller, less efficient units. But if existing cities are any indication, it’ll likely be funded, regardless of current pie-in-the-sky predictions, by a new level of property taxes and business fees.

Previous: CROSSING THE LINE
Next: Find the L.O.S.T Amendment and Vote Yes!