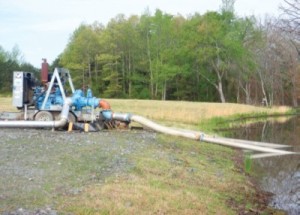 Fracking, or hydraulic fracturing, involves drilling down, then horizontally, across shale, limestone or other substrata. Chemicals, water and sand are injected at high pressure to capture hydrocarbon deposits in the rock. The process also releases tiny-particle silica sand into the air.

It has been linked to health problems, water and air contamination and increased seismic activity.

Fracking is often employed in drilling zones after oil wells have been “exhausted.”

“The Jay area specifically has been targeted in the past as an area for hydraulic fracturing,” Mary Gutierrez told the Board.

Gutierrez is the Executive Director of the local advocacy group Earth Ethics and Vice-Chair of Pensacola’s Environmental Advisory Board.

Florida’s legislature nearly passed two bills enabling fracking this year. The House’s early termination of the session tabled the measures, but they are expected to return.

One bill would have facilitated fracking in Florida. The other would have exempted drilling chemicals from public records laws. 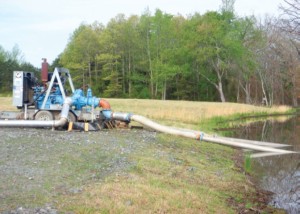 Thursday’s proposed ordinance would express Santa Rosa County’s support for a statewide ban. During discussion, a local ban was also tossed around.

Critics of fracking say the practice harms air, water and land outside of the areas under lease by petroleum mining corporations.

“Spending five years in the shale fields of northern Pennsylvania in my ancestral property where my family’s lived for 183 years – I’ve never seen such a disregard for private property rights and civil rights of all kinds,” Stevens remarked.

His own property in Pennsylvania is under a fracking lease, Stevens notes. He recounts that corporate recruiters found his ailing grandmother after his father died and convinced her to sign the lease. The land is now contaminated, he said.

“People have been calling for years with nosebleeds, headaches, rashes, breathing difficulties, problems with their children and their animals,” he said.

Stevens was in town to host airings of the documentary film “Groundswell Rising.” The film details health and environmental impacts of fracking in various locations.

Some of the areas depicted in the film have already initiated fracking bans. Seven Florida counties have signed resolutions to support banning the practice, Stevens noted.

Ban advocates say petroleum corporations would like to stop that process.

“They will come and ask you to look the other way when things are happening,” Stevens told the Board.

“You have a beautiful peninsula here, on limestone shale…how many holes do you think you can drill in the state of Florida before it sinks like the Lost City of Atlantis,” Stevens said he asked Florida’s Senate President.

“Maybe you should find out before you start drilling the holes.”

Commissioners declined to engage in the discussion.

Commissioner Bob Cole, who noted that he is originally from Pennsylvania, took issue with the suggestion that fracking might cause problems for the community.

Cole said Pennsylvania residents where his property is located are prospering and he thinks both sides of the story should be told, but declined to discuss the issue further with Stevens.

Commissioner Rob Williamson said the issue raises concerns, but did not say he was opposed to fracking.

“We do have a sand and gravel aquifer that provides us a tremendous advantage in Santa Rosa County with an unlimited supply of clean water as long as we protect it,” he remarked. “And I have concerns about what would happen if we start allowing these types of drilling…that’s something I would definitely want to do some homework on before I allow it here.”

That prompted Cole to add that he wouldn’t necessarily support fracking, he just wanted to make sure his Pennsylvania hometown wasn’t portrayed negatively.