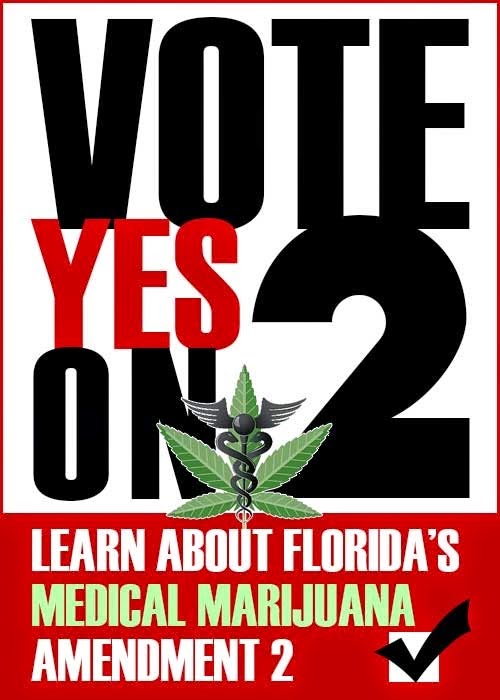 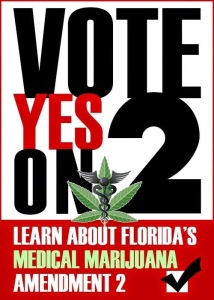 Proposed Amendment 2 to decriminalize medical marijuana in Florida is apparently lagging in the polls.  Much of the opposition is coming from Conservatives.

The Amendment would not restore Floridians’ privacy-related right to grow and use natural substances on our own personal responsibility (the Amendment specifically says it won’t change recreational pot use laws).  But it would at least allow sick Floridians the option of a natural, cheap treatment in place of overpriced hospitals and chemical drugs.

So why’s anybody against it?

If there’s one basic axiom you can always rely on to connect dots, it’s “Follow the Money.”

Here at The Panhandle Politico, we weren’t surprised to see the Pensacola paper urging voters to oppose Amendment 2.  That publication has evinced no discernible interest in either Following Money or Connecting Dots for quite some time.  But then, nobody’s accusing them of being “journalists” to begin with.

That publication does, however, feature a healthy selection of medical and pharmaceutical industry-related advertising.

Which brings us to the question corporate media avoid:  Who benefits from sending you to jail for exercising your personal (or as Conservatives like to say CONSTITUTIONAL) right to use substances you think are best for you?

Number One are the medical and pharmaceutical industries.  To the tune of billions in pain medication, mood enhancing drugs, physical therapy sessions, psychiatric treatment and anything else they can cram onto your bill.  Needless to say, The Florida Medical Association opposes Amendment 2.

Number Two:  The prison industry makes billions, mostly tax dollars, off incarcerating nonviolent American citizens for small infractions.  The younger they are when they come in, the more salaries, benefits, retirements, overpriced equipment, food, medical care and other contracts the system can leech off their (and our tax dollar) backs.  Especially if corrupt elected officials can pass laws with long “mandatory minimum” sentencing for activities that pose little threat to the community.  After all, who else is going to fill all those shiny new prison cells we taxpayers bought…banking industry fraudsters and Wall St. thieves?

Number Three:  Policing forces, including the Federal Drug Enforcement Agency, Homeland Security, State and local forces and affiliated contractors; who get massive amounts of (tax dollar) funding and equipment to “combat” drugs.  The police can take your property in a “drug raid” and keep it for themselves.  They can shoot your dog.  Good luck getting reimbursed if they accidentally broke the wrong house’s door down.  They can shoot you for accidentally dangling keys when you put your hands up while looking for a cigarette IN YOUR CAR IN YOUR DRIVEWAY (or as Conservatives like to say, Exercising your God-Given CONSTITUTIONAL Property Rights).  At the end of the day, the so-called “Drug War” has greatly expanded policing and placed unprecedented power into their hands…which evokes another adage:  power corrupts and absolute power corrupts absolutely.  How much power do we Americans want a militarized police to have over our daily lives?

Number Four:  Drug gangs, who make far more on the street than they would if contraband substances were legal.

Number Five:  Terrorists, who make far more selling drugs in a black market economy than they would in a legalized environment.

Of course, the above interest groups would be out of luck without the longstanding support of another special group who benefit from stealing your personal freedom:  Number Six:  Conservative hypocrites who vote to continue the “Drug War” on every front.

But what’s the gain?  Why do Conservatives allow themselves to be played for fools over the very same government encroachment that has them screaming in my face when it involves public service spending?  Why do they oppose decriminalization and support the “Drug War” despite the fact that it taps every bogeyman in the Conservative House of Horrors?”

It expands the power of the Federal Government to Orwellian levels.

It interferes with Personal Freedom.

It interferes with States’ Rights.

It interferes with Individual Responsibility.

It interferes with every part of the CONSTITUTION’S Bill of Rights, from Free Speech to Search and Seizure to Powers not Delegated to the Federal Government

Could it be an issue of drugs’ potential harm to users?  Surely if that were the case, we’d see Conservatives demanding quality affordable health care as part of their vast concern for Other People’s Welfare.  And that definitely ain’t happening.  It must be something else…

To sort things out let’s start with a rhetorical question that’s been floating around since the first caveman decided the prettiest cavewomen should not be allowed to associate outside the hut:  Why does it seem that “Conservatives” only concern themselves with “Small Government” and “Liberty” when it suits their own personal morality?

Marijuana has a long association with youth culture and the party scene.  And when it comes to those topics, a significant Conservative voting block appears to have adopted the credo:  “If I ain’t getting any then neither are you.”  In fact, I can think of one or two whole religions built on that precept.

It seems that in the Conservative version of “liberty,” one person’s “freedom” is another’s “immorality.”

Evidently, “stepping all over somebody else’s individual choices because I don’t approve of them” is what Conservative voters get from the Drug War.  Let’s all wrap ourselves in the flag and blather about “Constitutional Freedoms” as long as nobody else enjoys a party I wasn’t invited to!

Where’s the beet-faced “Town Hall” frothing over “Drug War” infringement on “powers reserved to the States” 10th Amendment rights…not to mention 9, 8, 7, 6, 5, 4, 3, 2 and 1?  Where’s the teary-face red, white and blue love for Free-Market self-medication Personal Responsibility (except alcohol and tobacco, which enrich the right people).  Where’s the “Don’t Tread on Me” rhetoric over the police taking our stuff?  Where are the radio station call in’s lambasting all the Americans locked up for nonviolent, minor crimes on our “Drug War” dime?

We know who benefits from endless Drug Wars.  We also know all too well who gets shafted.

As always, it’s the silent majority who slog to a lousy job in a One Percent-ruined economy only to hand back most of our pay for shock troops and machines to stick it to us again.

It’s not Conservatives’ problem if the giant chunk government takes from your crappy paycheck buys fat salaries, benefits, weapons and equipment to fight a “Drug War” nobody who’s not profiting from it cares about.  It’s not their problem if the economy will continue to stink for the rest of YOUR future because prison and military industrial complex welfare is more important than job-generating infrastructure.  It’s not their problem if half a generation gets locked up for nothing.  Young women, next time you decide not to vote you might want to think about the fact that they’re mostly nabbing men your age.  It’s not Conservatives’ problem when out of control police forces turn “anti-personnel” “crowd control” machines on YOU once their enemies list runs dry.

You see, “Constitutional Freedoms” only count when they’re about me, me, me!

Vote YES on Amendment 2 and let’s bring Florida one step closer to eliminating other people’s “Drug Wars.”  And the countless lives and billions of dollars wasted along with them.

And Conservatives, if you can’t maintain the courage of your convictions when it comes to decriminalizing Other People’s Choices, at least stay out of everybody else’s personal decisionmaking process.  Just leave that one blank.  The rest of us value our Liberty.