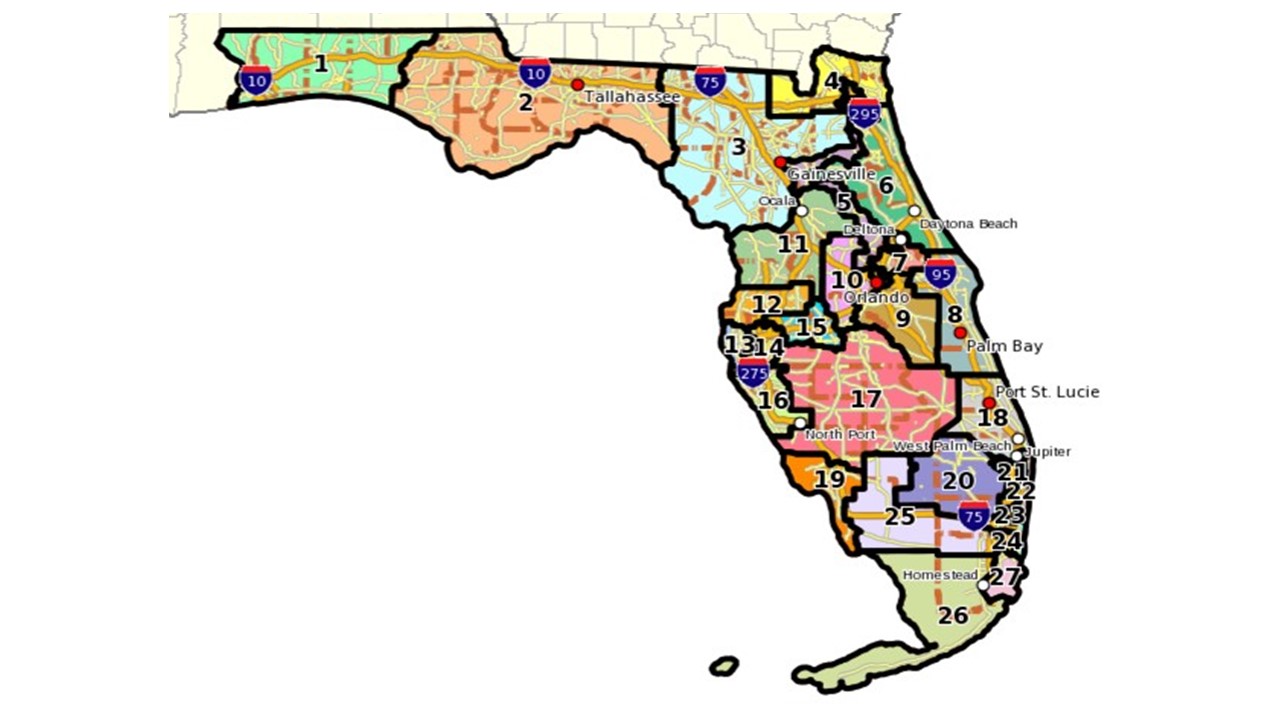 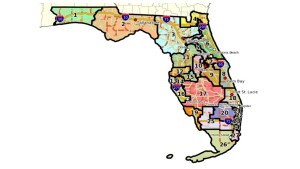 “We affirm the trial court’s factual findings and ultimate determination that the redistricting process and resulting map were ‘taint[ed]’ by unconstitutional intent to favor the Republican Party and incumbents;” yesterday’s ruling reads.

“It has been a long hard, battle against devious, political scheming, but today the Florida Supreme Court handed the people of Florida a total victory, forcing the redrawing of every one of the eight districts that we contested in the lawsuit,” said Pamela Goodman, President of the nonpartisan League of Women Voters of Florida.

The ruling upheld a July 2014 decision by Leon County Circuit Judge Terry Lewis  that ordered two districts be redrawn. The higher court ruling states that Lewis’ decision did not go far enough, because it didn’t take potential legislative intent to gerrymander into account.

“The Legislature’s failure to preserve redistricting records and its decision to make important changes to the map during non-public meetings are factors that caused the trial court, and cause this Court, great concern as to whether the Legislature has complied with the constitutional provision to outlaw partisan political gerrymandering,” the Supreme Court ruling says.

Four of those districts are currently held by Republicans and four by Democrats. Florida currently fields 17 Republican and 10 Democratic U.S. House representatives.

The League is part of a coalition that sued to have the districts redrawn. That coalition also includes Common Cause and several individual parties. The National Council of La Raza was formerly a member of the “coalition plaintiffs” but later voluntarily dismissed all claims and withdrew as a party in the case prior to the trial.

In 2010, Florida voters passed the Fair Districts Amendment, designed to prevent “gerrymandering.” It specifies districts must not be drawn with any “intent to intent to favor or disfavor a political party or an incumbent.” Districts must be as nearly equal in population as is practicable; compact; and “where feasible,” utilize existing political and geographical boundaries.

Note: Deborah Nelson served as President of the League of Women Voters of the Pensacola Bay Area for three years, and chaired the Santa Rosa County Democratic Executive Committee for two years.