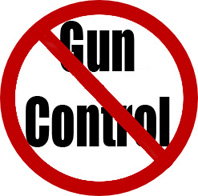 The recent Islamic attack against Paris cartoonists underscores once again why America’s framers placed gun rights front and center in our Constitution.  It’s time some liberals acknowledged that.
Let’s not forget it’s basic liberal values – equality, free speech and individual rights – our founders defined as the cornerstone of civilized democracy.
But they also understood that people who make it their business to tell everybody else what to do will always be around to attack those values.  The Second Amendment is a grassroots liberal check against the chronic shadow of violent tyranny.
Tyranny is also a grassroots institution.  If democracy is based on individual freedom, tyranny is based on individual intimidation.  That’s why free speech was targeted in Paris.  It’s why people who enjoy basic personal liberties will always have to be on the lookout for what some sociologists call “authoritarian personalities.”
In civilized democracies, they’re the sociopath loners who wake up one day and decide to attack a schoolyard or a mall.  In places with more accommodating cultural traditions, they’re the gang leaders and religious shouters executing everybody who doesn’t agree with them.
Authoritarian personalities don’t like democracy because free people generally aren’t interested in following an agenda that works against them.  Historically, the solution has been to shove the party line down everybody’s throat with violence.
Before there were firearms, they used swords and clubs.  Swords were heavy, unwieldy, too expensive and often illegal to obtain for most people.  So the sociopaths-in-charge enjoyed centuries of a monopoly on violence.  The hand-to-hand combat age pretty much ensured might-makes-right social arrangements across the board.
Thanks to Messrs. Remington, Smith, Wesson, etc., we now have more democratic options.  Options everybody can wield to defend themselves, their kids, their students, their fellow subway riders, their neighbors…or their co-workers.  Options our Constitution guarantees each of us the right to keep and bear for just that purpose.
Europe has no such freedom and the consequences are plain to see. Anti-democratic people who have weapons are once again attacking and intimidating honest people who don’t.  And it won’t stop with cartoons.
Tragically, in America we’ve seen some of the same consequences in schools and other places where 2d Amendment rights have been infringed out of existence.
Attacks on innocent people are an ongoing reminder that the price of a free and open society is still eternal vigilance.
From time to time, people who enjoy the benefits of civilized democracy are going to have to defend them with more than a pen. The police can’t be everywhere.
That means teachers and staff have the right to carry firearms in schools to protect themselves and students.  Soldiers have the right to carry loaded weapons on military bases.  Why are we training and paying them to operate firearms if they can’t access them when they need them?  Newspaper cartoonists have the right to bear arms in the workplace.  Without begging permission.
Liberal values presume honest people are innocent until proven guilty.
Unfortunately, some people calling themselves liberals have spearheaded numerous 2d Amendment infringements against our right to defend ourselves and our liberal values.  Some states functionally ban firearms, while others impose “permit” rules.  Florida, one of the more liberal gun law states, still requires a permit to carry a concealed firearm.
It seems some of the same people who enjoy saying and doing what they feel like in public have forgotten why Constitutional framers placed the right to bear arms directly under the core liberal values of free speech and assembly.  And the loudest forgetters are calling themselves progressives.
Unlike progressivism, however, gun control was never a grass-roots movement.  It’s a top-down con-game pushed by the same limousine liberals who go home to armed security guards and gates every night. The same phony establishment hacks who used NAFTA and bank bailouts to subvert core liberal labor and economic goals and steal middle class jobs & resources.  The same poseurs who replaced working-people based progressive ideals with corporate globalism.
Now they want to steal honest Americans’ basic right to defend ourselves…and by extension our liberal values…against barbarians at the gate.  Who do they work for?
It’s time for grassroots liberals to reject gun control and the corrupt establishment pushing it with the same energy that goes into defending other civil rights.
Wishing bad people would be nice won’t make them go away.  But the good news is authoritarian personalities can’t get everybody.  There are far more of us than there are of them.  Always will be.
How many more terrorist attacks, school shootings and other assaults on democratic institutions will it take for liberals to embrace the basic historical truth that the best way to defend progressive values is a good offense?

Previous: Too Much is Never Enough
Next: STUDY RAISES QUESTIONS ABOUT GROUP HOMES FOR KIDS