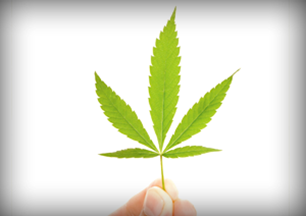 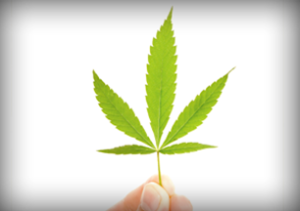 By DARA KAM
THE NEWS SERVICE OF FLORIDA

THE CAPITAL, TALLAHASSEE, March 19, 2015ïFrustrated by delays, legislators are ready to create a regulatory framework for the state’s medical-marijuana industry and consider broadening a law approved last year.

Senate Regulated Industries Chairman Rob Bradley told The News Service of Florida on Thursday he expects to consider a measure next week that would set up a structure for nurseries to grow, process and distribute non-euphoric cannabis. The move comes after a legal challenge was filed last week to the Florida Department of Health’s second attempt at putting in place regulations.

“The latest rule challenge was probably the last straw for many of us in the Legislature,” said Bradley, a Fleming Island Republican who was instrumental in drafting and pushing through last year’s legislation.

When his committee meets Tuesday, Bradley said he anticipates “a serious discussion and possible consideration of legislation that puts an end to the delays and makes sure that we get this substance in the hands of suffering families as quickly as possible.”

“What we would be looking to do would, to the best of our ability, create a self-executing law so that, when it passed and upon the governor’s signature, the department could begin accepting applications literally the next day to move this thing forward,” Bradley said.

Last year’s law gave the health department the authority to create regulations for the industry and gave it until Jan. 1 to select five “dispensing organizations” to cultivate, process and distribute types of marijuana that are low in euphoria-inducing tetrahydrocannabinol, or THC, and high in cannabadiol, or CBD. Doctors will be able to order the low-THC pot for patients who suffer from severe muscle spasms or have cancer.

But the new industry was put on hold last year after a handful of nurseries and others challenged health officials’ first attempt at carrying out the law. An administrative law judge then tossed the plan, which would have used a lottery to choose the “vertically integrated” businesses.

Health officials held five public hearings, including a rare “negotiated rulemaking” workshop, on the law, and finally published revised regulations earlier this month. But a lawyer last week filed a challenge on behalf of 4-year-old Dahlia Barnhart, who has an inoperable brain tumor, alleging that the department did not follow the law in drawing up the proposed rule.

This year’s legislation will likely expand the types of patients who would be eligible for the treatment, Bradley said.

“There seems to be a growing consensus that the types of ailments that could be treated with medical marijuana, the list was too limited in SB 1030 (last year’s law),” he said. “So I would expect that we would seriously consider expanding the list of diseases and ailments that could be treated by medical marijuana in any proposed legislation that we will be considering.”

Holley and Peyton Moseley were among the parents of children with rare forms of epilepsy who pushed for the legalization of the low-THC product, almost universally known as “Charlotte’s Web,” the name of a type of cannabis cultivated in Colorado that many believe can end or dramatically reduce life-threatening seizures.

“Sen. Bradley has always been a champion for these kids, and we are grateful for his continued leadership and commitment to fulfilling the promise of hope to thousands of Florida families who are desperately waiting for Charlotte’s Web,” said Ryan Wiggins, the Moseleys’ spokeswoman.

But proponents of measures that would legalize “traditional” medical marijuana — types of pot with higher THC levels — shouldn’t hold their breath, at least for this session.

As he has consistently said in the past, Bradley insisted again Thursday said that those bills likely won’t fly.

“The question about THC levels is an entirely different question. I would expect that would be more controversial and therefore we probably won’t be dealing with that in Regulated Industries,” he said.