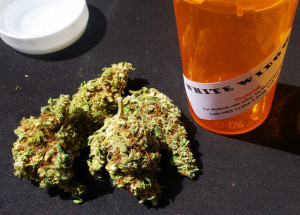 SECOND NURSERY CHALLENGES MARIJUANA RULE
A Ruskin-based nursery has challenged the Florida Department of Health’s plan for regulating the state’s new medical-marijuana industry. Plants of Ruskin, Inc., filed the challenge Monday in the state Division of Administrative Hearings, shortly after another grower, Miami-based Costa Farms, also challenged the rule. Under a law passed this spring, both firms are eligible to apply for licenses to grow, process and distribute non-euphoric strains of cannabis that supporters say can help children with severe forms of epilepsy and people with some other types of medical conditions. The new law approved strains of marijuana low in euphoria-inducing tetrahydrocannabinol, or THC, and high in cannabadiol, or CBD. But some growers object to a Department of Health plan that offers details about how the law would be carried out. In its challenge, Plants of Ruskin alleged that the department’s proposals “fail to establish even minimum criteria to evaluate an applicant’s financial, technical and technological ability to securely cultivate and produce low-THC cannabis.” Among other things, the challenge alleges that the department overstepped its rulemaking authority with the plan. Under the law, applicants are required to have a valid registration from the Department of Agriculture and Consumer Services to cultivate more than 400,000 plants, be operated by a nurseryman as defined by state law and have operated as a registered nursery in the state for at least 30 continuous years. At least 60 nurseries meet the criteria. Lawmakers have said the nursery requirements were intended to ensure that large growers with a long history in Florida were entrusted with the licenses.

UWF TRUSTEES BACK PRESIDENT AMID FACULTY OPPOSITION
The University of West Florida Board of Trustees on Monday backed President Judy Bense, after faculty members called for her to step down when her term expires in June, the Pensacola News Journal reported. The trustees called an emergency meeting, after the faculty senate took a no-confidence vote Friday. Faculty members criticized Bense about issues such as lax admissions policies, accepting large salary increases and focusing too much on starting a football program, the newspaper reported. But the trustees Monday approved a resolution in support of Bense, who has been president 2008. “We thought it was very important that we let the community know that we are in full support of our president, and we spelled out the many reasons why in this resolution,” board Chairman Lewis Bear, Jr., said, according to the News Journal.

AVE MARIA SEEKS TO BLOCK CONTRACEPTIVE REQUIREMENT
Pointing to its Catholic beliefs, Southwest Florida’s Ave Maria University has asked a federal judge for a preliminary injunction against a requirement it contends would force it to be involved in providing contraceptive coverage to employees. The requirement, part of the federal Affordable Care Act, has been highly controversial and spurred lawsuits across the country. Ave Maria filed a legal challenge last year and sought the preliminary injunction in a document filed last week. Without an injunction, the university said in the filing, it would need to comply with the requirement by Nov. 1 or face “crushing” fines. “As one element of its faithfulness to the Catholic Church, Ave Maria holds and professes traditional Catholic teachings concerning the sanctity of life,” the filing said, pointing to issues such as the “morning after” pill. “It believes that each human being bears the image and likeness of God, and therefore that any abortion — including through post-conception contraception — ends a human life and is a grave sin. Furthermore, Ave Maria believes that any action ‘specifically intended to prevent procreation’ — including contraception and sterilization — is morally wrong.” The 35-page filing said the Obama administration has sought to make an “accommodation” so that religious organizations would not have to provide contraceptive coverage. But Ave Maria said it would still be required to file a form with the government, which would then require insurers to provide the coverage.