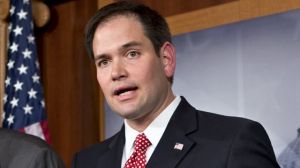 COALITION TO BACK SCHOLARSHIP PROGRAM: A group known as the “Save Our Scholarships Coalition” will hold a media conference call to urge an end to a lawsuit challenging the Florida Tax-Credit Scholarship program, which provides voucher-like assistance to help children attend private schools. (10:30 a.m. Call-in number: 1-800-791-2345. Code: 27185.)

NEW LAWS TAKE EFFECT: As October starts, 32 new state laws will take effect, including long-sought regulations on Florida’s commercial parasailing industry, a measure about crimes against unborn children and attempts to crack down on sexual offenders and human trafficking.

Previous: New Survey Results: What you told us about drainage
Next: Notice of Intent: Mosquito Control Adulticides – Districts 3 and 4