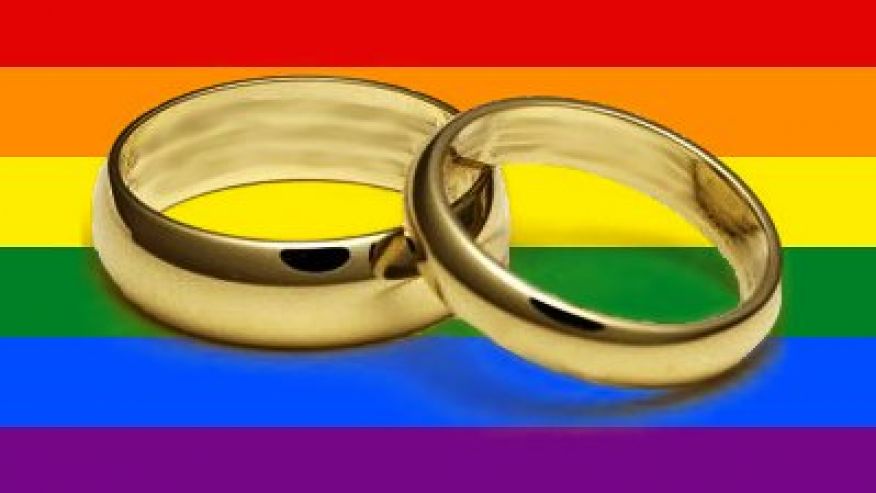 By BRANDON LARRABEE
THE NEWS SERVICE OF FLORIDA

THE CAPITAL, TALLAHASSEE, ……….As the heated, snarky and increasingly testy campaign between Gov. Rick Scott and former Gov. Charlie Crist nears the yearlong mark — has it only been that long? — the two finally met in a debate at a television studio in Miramar.

There wasn’t much new in the clash, which largely consisted of the two men personally exchanging insults that they’ve been trading in emails and press conferences for months. There was Scott, painting the picture of Crist as a flip-flopping political opportunist who helped bury Florida’s economy. And there was Crist, portraying Scott as a corrupt businessman and ally of special interests who lacks Crist’s trademark empathy.

But for all the predictability of the debate, it still served as a notice that the race for the Governor’s Mansion is entering the stretch run. In a little more than three weeks, and after two more debates that promise to be just as nasty as the first, voters will cast ballots and decide which of the two most-recent governors will take the oath in January 2015.

Attorney General Pam Bondi and her two opponents held a more subdued debate as they battle to see who will be the state’s top lawyer. After he was done debating with Bondi and Libertarian candidate Bill Wohlsifer, Democratic candidate George Sheldon turned around and picked a fight with Scott.

Other issues were also coming to a head. Most notably, the U.S. Supreme Court finally reacted to the growing number of federal rulings granting same-sex couples the right to marry in states across the nation — by doing nothing. That might have spoken louder than any opinion the court could have issued, and it put Florida one step closer to legalized gay marriage.

Given that they’re in the middle of a campaign that has left Florida covered in more mud than a Woodstock attendee, perhaps the most surprising thing about the debate Friday between Crist and Scott is that they bothered to speak to each other at all. Not that they had much nice to say to each other.

“Charlie should be known as the zero-wage governor,” Scott sniped during a discussion about the minimum wage. “832,000 people had a job the day Charlie took office; they day he left office, they made zero wages.”

Crist, known during his time in office as something of a happy warrior, returned fire with gusto.

“It seems to me that Gov. Scott may be out of touch. … For people who maybe have a private jet, like the governor has, or has a mansion on the waterfront, things seem OK. I understand that, and that’s great. But it’s not great for everybody in Florida,” Crist said.

They fought about each other’s time in office, with Crist arguing that Scott hadn’t pushed hard enough for Medicaid expansion or really done anything to help lower- or middle-income Floridians, while Scott returned time and again to the idea that Crist was a smooth talker with a thin resume and a dismal economic record.

They fought about issues ranging from same-sex marriage to medical marijuana to the federally enforced embargo of Cuba (over which, it should be noted, the governor of Florida has precious little influence).

They fought about basically anything and everything that came up.

“He will always talk about what he’s going to do, but nothing will happen,” Scott complained about Crist.

“I’ve never pled the Fifth in my life,” Crist said — drawing attention to the 75 times Scott invoked his right not to incriminate himself during a deposition in a civil lawsuit.

There are two more debates left in the governor’s race, the next taking place Wednesday in nearby Davie, and few signs that the two will run out of disagreements before those sessions are over.

And when they show up for the second debate, Libertarian candidate Adrian Wyllie hopes to join them. Wyllie is suing the Florida Press Association, Leadership Florida and Broward College, arguing that it is in the public interest for him to be included.

“The Adrian Wyllie campaign is ‘serious’ in every sense of the word, and is entitled to participate fully in the electoral process, on an equal footing with the Republican and Democrat candidates for governor,” the complaint said.

When the press association and Leadership Florida first announced their 2014 debate plans last year, they noted in a press release that to be included, a candidate must have the support of at least 15 percent of likely voters, as determined by a poll conducted by Mason-Dixon Polling & Research — a level Wyllie has not reached.

Florida Press Association President and CEO Dean Ridings said the qualifying data were known well in advance. (Disclosure: The News Service of Florida is an associate member of the press group.)

“We have maintained the same criteria since 2010,” Ridings said. “We’ve not changed it, and it would not be fair to the other seven candidates who’ve qualified to run for governor if we were to change our criteria in midstream.”

But Crist wasn’t alone in taking on Scott this week. Sheldon, running a campaign for attorney general that can fairly be characterized as a long shot, helped gang up on the Republican governor.

The former state lawmaker and agency head filed a lawsuit Wednesday against Scott for allegedly under-reporting personal financial interests. Scott’s campaign called the lawsuit a campaign distraction orchestrated by Crist, something that would hardly be surprising if it turned out to be true.

Political or not, the case isn’t exactly the first time Scott’s personal finances have resulted in a court challenge. A judge this summer ruled in favor of Scott’s use of a blind trust to maintain his finances, though the case is being appealed.

The new suit claims Scott has failed to adhere to financial-disclosure requirements in the state’s Sunshine Amendment by failing to list all his assets, and Sheldon claimed Bondi has fallen down on the job. It came on the heels of a report by the Miami Herald and Tampa Bay Times that information provided by Scott on his state-required financial-disclosure forms differed from what he has submitted to the IRS and to the Securities and Exchange Commission.

“Governor Scott opened the blind trust he formed in 2011 for the sole purpose of providing transparency and publicly listing his assets on his financial disclosure in June,” Blair said in a prepared statement. “This blind trust was established to protect the people of Florida from having an elected official make decisions in his or her own self-interest.”

Bondi had already defended Scott’s honor earlier in the week, when Sheldon brought up the Herald-Times report in the attorney-generaldebate. Bondi said Sheldon’s comments in that instance were “how a politician talks, not an attorney general.”

“To imply that our governor is corrupt, that is not appropriate for any candidate to say that, nor an attorney general to say that, based on a newspaper article,” she said.

There could soon be new business in Florida for caterers and invitation printers, and thousands more Floridians might need to set reminders on their cell phones about the dates of their wedding anniversaries. The U.S. Supreme Court turned away appeals from cases in Virginia, Oklahoma and Utah that paved the way for gay marriage in those states, something that could soon lead to same-sex unions in Florida. 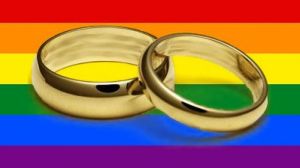 U.S. District Judge Robert Hinkle in August struck down Florida’s ban on same-sex marriages, but he also placed a stay on the ruling while the cases from the three other states were pending at the U.S. Supreme Court. Justices declined Monday to hear those cases, as well as similar cases from Indiana and Wisconsin, giving victories to gay-marriage supporters who had won in lower courts.

In a five-page motion filed Tuesday in U.S. District Court in Tallahassee, ACLU attorneys asked the judge to lift the stay and wrote that Monday’s decision sent a “strong signal that any remaining doubt about the Supreme Court’s ultimate resolution of the legal issue does not justify continuing to deny recognition of same-sex couples’ valid out-of-state marriages.”

“The Supreme Court’s action yesterday shows that the Supreme Court has decided to let stand decisions — like this court’s (Hinkle’s) — enjoining as unconstitutional state laws that refuse to recognize the marriages of same-sex couples,” the motion said.

During her campaign debate, Bondi, whose office has defended the state’s ban, said there are additional cases that could reach the U.S. Supreme Court and “we’re going to be reviewing everything in Florida to see what to do next.”

No one is saving any dates just yet, though. Even if Hinkle decides to lift the stay, it is not clear when same-sex marriages could start in Florida.

QUOTE OF THE WEEK: “It’s so bizarre it’s like up there with aliens arriving and Elvis is still alive. … This is almost like a cult. It’s like Reverend Moon or Jim Jones type stuff.”–Trial attorney John Morgan, who is leading the fight for an amendment allowing the use of medical marijuana, on a legal theory that the practice is already legal in Florida and that Morgan’s amendment could undermine it.

Previous: Are we really informed?
Next: Soul Bowl to be Held October 18th