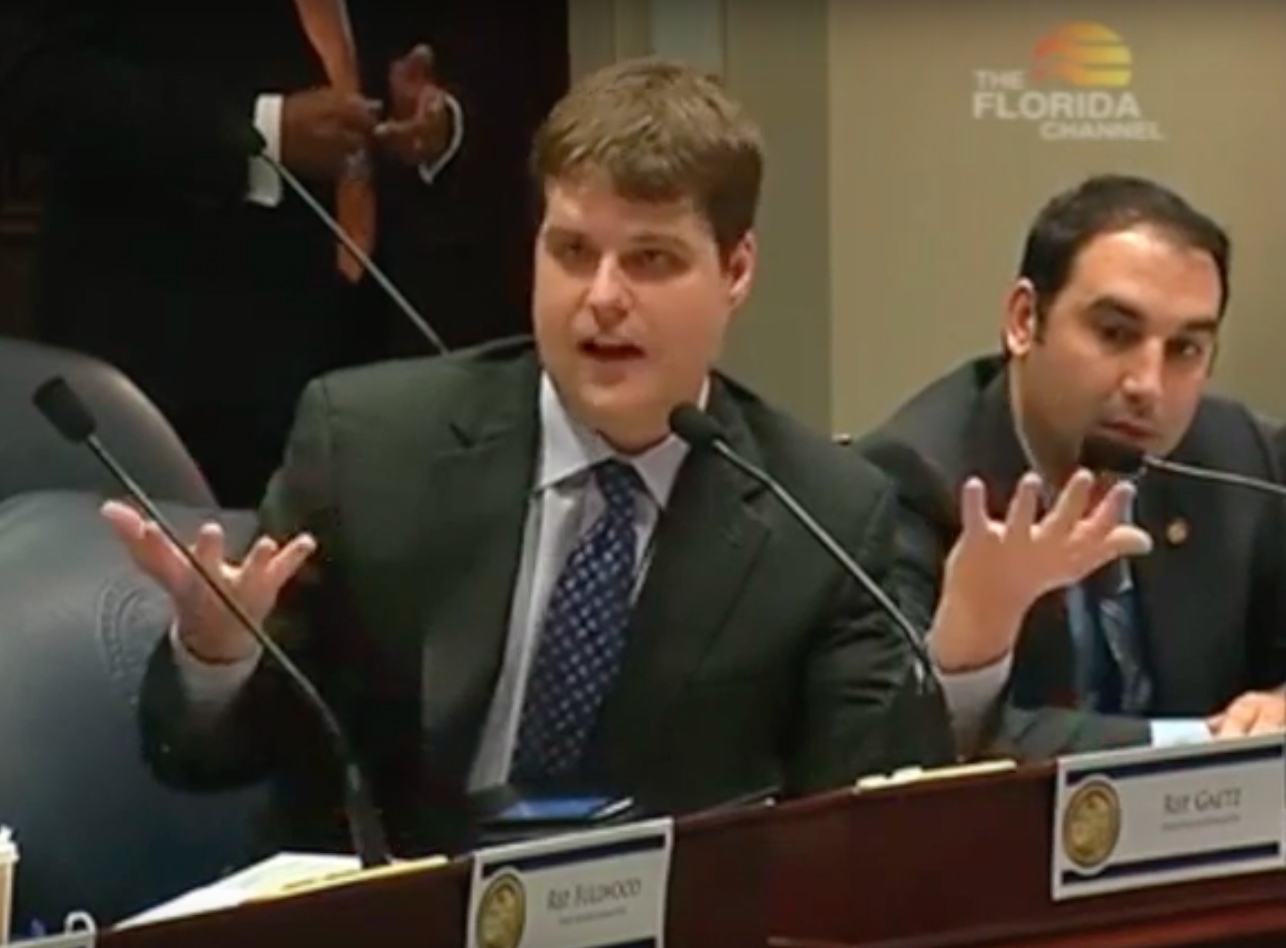 A recently released video shows Rep. Matt Gaetz, who is currently running for Unites States Congressman, killing an amendment submitted by Rep. Dionne McGhee of Miami to the State Budget Bill which was written by the Finance and Tax Committee that Gaetz chairs.

The amendment would have reinstated a requirement that commercial buyers of aviation fuel demonstrate that they employ disabled veterans in order to qualify for the tax cut. The amendment, supported by veterans advocates, was opposed by the aviation industry as burdensome.

This credit is not actually new. At the time the bill was being considered, it Florida Law provided for a similar tax incentive. The new budget passed by Gaetz, eliminated the disabled vet hiring requirement and simply passed the discount on as a tax credit with no hiring requirements.

The video points out that Gaetz received $3,000 in donations for his State Senate camp from aviation business and suggests that this may have influenced his opposition to the McGhee amendment.

““We would be unable to articulate what the cost would be” says Gaetz in his objection to the amendment, but McGhee disagrees. “We have the numbers.The staff report shows the numbers. So, for someone to stand her and say we don’t have the numbers, is just not true” says McGhee.

McGhee goes on to say that if the Aviation industry is going to profit from our tax system, the least that they can do is employ “the people who have fought for us, who fight ISIS on a daily basis for us and now suffer from a disability because of it”.

In the end, the amendment is characterized as hostile by Gaetz and fails on a floor vote.

Previous: Adjudication withheld for Panhandle Politico publisher on omitting political flyer disclaimer
Next: OPINION: Crime is up and Sheriff is ignoring it