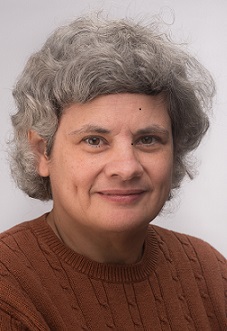 At the national level, most economists dismiss this notion. The assertion that it is so comes from the idea that the demand for labor is a fixed amount, and thus if the pattern of younger people entering the workforce is disrupted by someone older staying longer, then someone younger won’t have an opportunity. Economists, however, view the economy differently. They note, for example, that when women entered the workforce, there were not fewer jobs for men; the economy simply expanded.

Labor demand is not considered a fixed pie by economists, but one that expands and contracts. So on the macroeconomic level, where economists roam, there is no evidence that an increase in labor force participation by older workers has any negative impact.

But what do the data for the Pensacola metro area show? The chart below illustrates the percentage of the total workforce in each age group from 1998 through 2014.

But is it really saying that? In order to figure that out, more data and analysis are needed. First, one has to take into account the natural demographic changes. While on a national level, the baby boomers as the largest population cohort have been replaced by the millennials (i.e., born between 1981 and 1997), in Pensacola the population between ages 14 and 21 has decreased as a percentage of the total population from 16.3 percent in 2000 to 13.8 percent in 2015.

At the same time, those 65 and older saw their percentage increase from 12.5 percent in 2000 to 17.9 percent in 2015. In real terms, the 14-21 population in Pensacola fell by 2,000 individuals, while the 65 and older population increased by 18,000 individuals during the 2000 to 2015 time period. That in and of itself could suggest why younger people represent a smaller portion of the Pensacola workforce – there are fewer of them.

Next, one has to examine the actual labor force participation rate – i.e., what percentage of people in the age ranges are actually looking for employment? The American Community Survey from the U.S. Census Bureau has produced two sets of estimates for labor force participation by age. Its 2005-09 estimates for the Pensacola area, which include Escambia and Santa Rosa counties, as compared to its 2010-14 estimates are below.

Source: America Community Survey. Note that the ACS only provides labor force information starting at age 16.
This table reveals some interesting facts. Those between the ages of 16 and 21 have significantly increased their labor force participation from 2009 to 2014, while there has been a decrease over the same time in participation for those 65 and over.

So what are the causes of youth unemployment in Pensacola?

While a full analysis of the topic is considerably well beyond the scope of this article, a possible explanation could involve a lack of necessary skill sets either being acquired in that age group of even being able to be acquired by those in that age group who stop at a high school education. Or, there is possibly still a problem with this age group to finishing their education and sufficient numbers moving on to acquiring post-secondary degrees or certificates. While it is clear from the data that other age groups saw their unemployment decrease with the passing of the Great Recession, Pensacola’s youngest members of the workforce are still apparently lacking opportunity.

Phyllis Pooley serves as director of special projects with the University of West Florida Center for Research and Economic Opportunity in Pensacola.

About OEDE: The UWF Office of Economic Development and Engagement was created in January 2011 to enable UWF to play a more significant role in economic development and job growth in Northwest Florida. The office serves as the interface between the community and the University on matters directed at improving regional planning, partnerships and research endeavors.