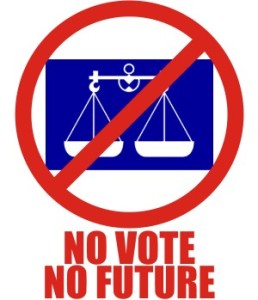 Hold on to your wallets Escambia County – local “Downtown” experts are scheming again and this time they’d like you to kindly hand your Schools Superintendent vote over.

They’ll find somebody more…qualified to select the only check against School Board activities.  Run along now.

I live in Santa Rosa, but since these things have a way of spreading, I’m keeping an eye on efforts by self-styled local “experts” and media to shove this thing down taxpayers’ historically uninterested throats.

It’s going to entertaining to watch the same “economic development” bunch who did such a great job loading up Maritime Park debt while neglecting a functioning deepwater Port attempt to pry the Superintendent vote from taxpayers’ fingers.

But what could they possibly have to gain from taking your vote?

Specifically, million$ and million$ in delicious Schools property tax dollars that are currently being wasted on silly things like teaching and keeping schools running.  Escambia’s school district has one of the biggest budgets in the region.  It’s a veritable pile of money!  If only it were a little less…supervised!

But if one of those offices could be subverted under the other…why, that’s one less barrier to the piles of cash potentially available for diversion.

What kind of diversion?

Like lots of West Floridians, I peruse our local media the same way the old Soviet citizens used to read Pravda:  we know it’s BS, but it gives us a handle on what the Party’s planning and who’s in and out of favor at the top.

And when local media jump on a new bandwagon nobody else cares about, you can be sure there’s somebody “influential” in the background egging them on.

From recent “news” material, it appears our Downtown “experts” are using the classic “Answer a Question Nobody was Asking” maneuver to launch their Superintendent vote-stealing Public Relations campaign.  Nice opening strategy!

Here’s how it works:

First, some guy appears out of the woodwork with a “suggestion” to “fix” stuff that isn’t broken and “bring jobs.”  He holds “public meetings.”  People with a special interest in his “plan” attend.  The media covers it!  They “report” on it with barely disguised advertisements supporting the “plan”!  Cue a story or two on made up “problems” with the current Superintendent.  Then a “reasoned” yet breathless “editorial” in favor.  Now we need a referendum!  By 2016!  The people deserve the choice to hand their vote over!  Ha ha suckers!

We’ve seen such wonderful “big ideas” as the white elephant, tax dollar black hole Maritime Park; consolidating Escambia and Pensacola so County taxpayers have the privilege of paying more for…something (Maritime Park bills maybe); rewriting Pensacola’s charter; etc. all appear out of nowhere via the PR magic of “Answer a Question Nobody is Asking.”

PNJ started the ball rolling with an unctuous New Year “promise” to “investigate” issues that nobody is interested in…like the Superintendent “question.”  Hey PNJ, how about a “special investigation” into what happened to all that “economic development” money County and City taxpayers shelled out over the last 10 years?   Or how many jobs Port expansion, including NAS joint use, would “create?”  Or where Rebuild Northwest Florida money has gone?

PNJ followed up their unsolicited “promise” by “reporting” (and for reasons I’m sure I don’t need to mention, I use that term VERY loosely) that “supporters” of an appointed Superintendent were “emerging” (from under an “economic development” rock, perhaps)?

Meanwhile, the “Independent”(for reasons I’m sure  I don’t need to mention, I use that term VERY loosely) Weekly weighed in with a January 14 “story” titled “Escambia County mulls appointed schools superintendent” that sounded to me a lot like a talking points press release for changing the job to an appointee.

Leaving aside the fact that “Escambia” wasn’t “mulling” anything until the media brought it up, the “story” contains perhaps the most ludicrous statement to date:

Yes folks, foreigners are outstripping us in some vague, undefined way…and it’s all because of our stubborn insistence on electing Schools Superintendents (which the article also points out, hardly anybody does anymore).

Meanwhile, the online orange publication bankrolled by the guy who brought us the Maritime Park is making a mountain out of a molehill over the Superintendent’s decision to hold talented and gifted programs in individual schools instead of taking students out of class and bussing them to a central “PATS” program.  A decision he was ELECTED to make, that impacts a small portion of Escambia Schools administration.

Hey online orange publication:  how about an “investigation” into taxpayers’ Return on Investment to date for the Maritime Park?  Ha ha, just kidding!

What these geniuses can’t seem to provide is coherent information on what, exactly, the current Superintendent doing wrong.  In fact, PNJ’s January 15 “article” titled Should we Elect our School Leaders? actually says:  “Performance-wise, it’s not immediately clear what effect electing a superintendent has on a school district. Notable though is that the only school systems to receive D or F ratings in Florida are those with elected superintendents.”

Come on all you education “experts:”  we need DETAILED examples.  Please help us all understand the mechanics of bad administration, so we can know what to look for in the next candidate.

Oops, forgot. We’re not qualified to make that judgment anyway.

At the end of the day, the “question” has nothing to do with job duties.  The issue is checks and balances against The Official Sport of West Florida:  stealing tax dollars.  And if there’s one area these people (and their news media behind-kissers) are “experts” in, it’s glomming those dollars away from valid public needs.

To sum up the local media PR campaign, we suckers should surrender our Superintendent vote because:

*Everybody else is doing it

*Nobody knows what being elected has to do with job performance, but Escambia schools have low grades so let’s cut voters out of the equation (even though Santa Rosa schools seem to be doing pretty well with an elected Superintendent).

*It provides a wider pool of applicants (nobody who wants the job can move here?  Of course, the School Board is also composed of elected County residents who are subject to the same candidacy requirements as the Superintendent, but logic is perhaps not the governing factor here to begin with).

*The public is too stupid to make the right choice (meanwhile Santa Rosa’s puttering around next door with one of the highest District “grades” in Florida and very few voter complaints…and an elected Superintendent).

As always, the one thing we probably can count on from all this is – when you hear the phrase “economic development,” grab your wallet and run.

That because unlike the education system, there’s nothing remotely “academic” about anything to do with “economic development.”  It’s jargon-laden BS put together by public relations people to sugarcoat two things that particular bunch have honed to a fine art:  bad policy and stealing tax dollars.

That being said, here’s a Question Lots of People are Asking that our “economic development” friends might put some energy into answering, instead of wasting everybody’s time trying to steal our vote:

“Where are all the jobs you’ve gobbled millions of tax dollars to “facilitate?”

Previous: UWF to host annual Take Back The Night event
Next: Why does your neighborhood stink?