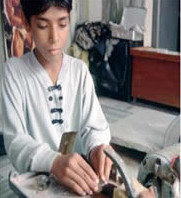 “Fast track” legislation that cedes Congressional authority to write trade laws has passed the Senate and is on its way to the President for signature.

The Senate vote tally is here.

The legislation will allow President Obama to write trade legislation and present it to Congress for a yes or no vote, with no Senate filibuster, debate limited to 20 hours, and no Congressional amendments.

This renewed “fast track” authority is expected to pave the way for more so-called “free trade” agreements with Pacific Rim and European nations.

Called “NAFTA on Steroids,” TPP negotiations have been closed to the public, including Congress and the press. The secret talks include Obama administration trade envoys, representatives from foreign governments participating in the pact, and over 500 banks and corporations.  Congressional members now have limited access to view the agreement’s text in a sealed room, but may not bring other people or take notes or photos.

“Although it is called a “free trade” agreement, the TPP is not mainly about trade. Of TPP’s 29 draft chapters, only five deal with traditional trade issues,” according to Public Citizen. The group has challenged secretive trade processes and “free trade” provisions in NAFTA, CAFTA and other agreements they contend harm America’s economy.

A previous version of “fast track” was derailed in the U.S. House when a separate, “Trade Adjustment Assistance” measure to protect workers displaced by “free trade” did not pass.  That bill’s passage was necessary to pass the first fast track measure.  Miller voted ‘yes’ on that first bill.

The House passed a new bill that did not contain the worker protection shortly thereafter, which Miller also voted ‘yes’ to.  That bill immediately went forward to the Senate, where it passed yesterday.  Nelson voted “yes.”